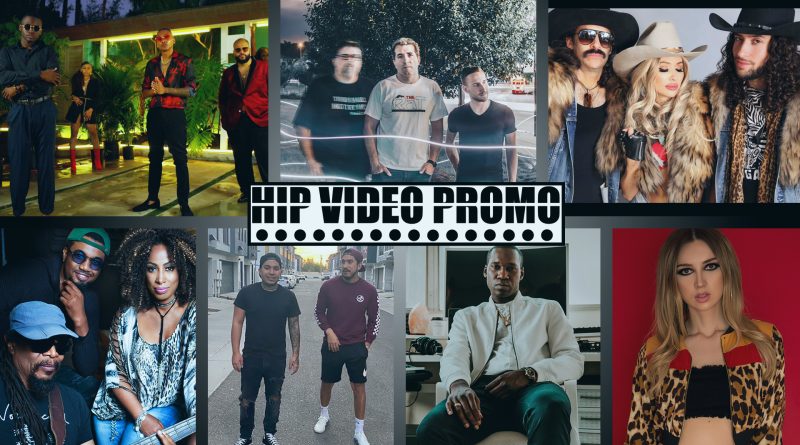 Halloween is behind us and we’re now sliding in to November with another batch of new music videos to share. Our newest HIP Picks – Weekly Client Roundup is here- take a look at the videos above, and learn more about the clips by clicking on the links below.

The Tennessee Werewolves – Angel Mary, Christian Wolf, and Antoine Wolf – have made a name kicking out high energy tunes about the low points in life. “American Dream” is their newest single, and in the video (directed by Vicente Cordero) they are not happy campers.

Queens vocalist De Royce is confident, sweet, soulful, and subtle when he needs to be. On “Groove”, he’s joined by two fellow NYC underground MCs: Jay Dutch and Biig Dreams. The “Groove” video, directed by Damien Sandoval, builds on their prior successes and collaborations, foregrounding all three artists at a Los Angeles pool party.

Haitian-American singer/songwriter/activist Malou Beauvoir and fellow Haitian-American producer, songwriter, bass player, and percussionist Chico Boyer – owner of Kamoken Studios – are joined by co-producer, songwriter, and musician Cheff Loncher and the lovely Laissa Boyer on background vocals and Yayoi Ikawa on keyboards. Together they’ve taken on Steve Winwood and Will Jennings’ 1986 hit “Higher Love”, and Malou has put together a colorful, vibrant lyric video.

This spring, Florida-born, Los Angeles-based artist Christopher Watson captured millions of hearts as one of the winners  (alongside musical partner Bri Stauss) of The Bachelor Presents: Listen To Your Heart, a musical offshoot of the popular reality dating show, hosted by Chris Harrison. In January, Watson released his full-length album Time Changes, and the “Truth Is” video (directed by Andres Rovira) is both timeless and grounded in 2020 reality: watching protests against the killing of Breonna Taylor, and taking to the streets to perform while masked against the pandemic.

Eliza May is an international artist; her roots are in Russia, but she’s made a name for herself in Los Angeles. “I’m Coming Home” is the first single off the Emotions EP that’ll drop in 2021, and Laurent Cohen’s crisply shot clip showcases Eliza at her most magnetic, in the middle of the Mojave Desert on a scorching hot day.

The untamed and evolving trio Elsewhere call Boston home, but they’ve also gained recognition nationally (film, TV, soundtracks on MTV) and major press all over Europe, including Rock Tribune, one of Belgium’s hottest outlets. Their track “The Pledge” was mixed by Grammy-nominated producer Mark Needham, and its video (directed by Black Sheep Media) pays homage to Alzheimer’s Disease at the start of National Alzheimer’s Disease Awareness Month in November. It’s a cause close to Elsewhere architect and lyrical visionary Michael’s heart; it’s based on his own experience with his mother, who is suffering from Alzheimer’s.

Brothers Michael and Fabian together create music as QVNTRO, and they’re at the pinnacle of house music in Arizona’s bustling electronic scene, with over 1 million Spotify streams. They’ve collaborated with 24hrs, Futuristic, Keak Da Sneak, Nef the Pharaoh, and Rayven Justice, and they’ve also produced songs for Chill Dill, Lucky Luck, and iTSDUBB. Their new video “Hold On” was directed by Shot By Dub, and features some of the community’s top shufflers: Elena Cruz, Mary Grace, Sterling Torress.