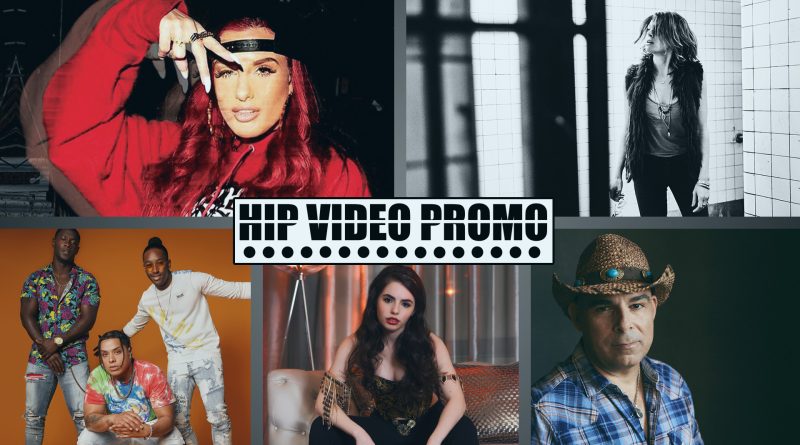 It’s been a rainy week here in Central Jersey, but we’re all smiles in the HIP crew as we keep the good videos flowing! Our newest HIP Picks – Weekly Client Roundup is here- take a look at the videos above, and learn more about the clips by clicking on the links below.

For Kate Tucker, who has been called “one of Nashville’s indie music gems” by the Music City press, speaking the plain truth on Practical Sadness, her acclaimed 2018 album, came naturally. Her latest single “A Little Bit Of Love” is paired with a video that extends her affection for ordinary people: when the stay-at-home orders shut down a cinematography class at Cleveland’s Cuyahoga Community College, a handful of students put out a call to friends and loved ones across the globe. The end result features people dancing in Nigeria, Israel, Australia, Brazil – a total of 50 people across 5 continents, all connected to someone on the project.

Final Draft makes timeless R&B that moves you, and this Atlanta trio  has performed and interviewed on shows like The Wendy Williams Show and Sister Circle, and were very special guests on Nick Cannon’s wildly popular Wild’n Out. After a big break on America’s Got Talent and creating multiple viral videos with millions of views, they’re ready to take on the next level with “Started” from New Kings of R&B The “Started” video, directed by Eliot Xavier, presents a classic shoot-within-a-shoot narrative that kicks off an unexpected courtship.

With an undefeated freestyle on MTV’s Wild ‘N Out, appearances on TRL, How Far Is Tattoo Far, and Revenge Prank, and hosting gigs for The Challenge, Jersey Shore, and Ex on the Beach, it’s no surprise Justina Valentine has built a following of over 3.5 million on social media. “Ya Damn Right” is a true Justina anthem, and in the video (directed by Kim Cassamento), her confidence is on full display as many replicas of Justina are shown on screen.

Born in Germany and raised on Colombia, singer-songwriter Stokoff is also a master of American country music – his brand of Latin country-rock is identifiable and unique, and totally definitive. A reimagined Poision song, “Fuego & Hielo” – “fire & ice” – is also quintessential Stokoff. In the “Fuego & Hielo” video, directed by Robby Klein & Nathan Rocky, he stalks the floor of a giant abandoned factory, strumming and singing and making no attempt to disguise his pain.

Boston singer-songwriter Dynamyte is a pop singer with roots in jazz and a rock-n-roll attitude. Her latest single “Show Me You” was produced by the visionary electro-pop and R&B engineer MkX – her younger brother – and in the clip (which Dynamyte herself directed) she’s videogenic yet extraordinarily approachable.