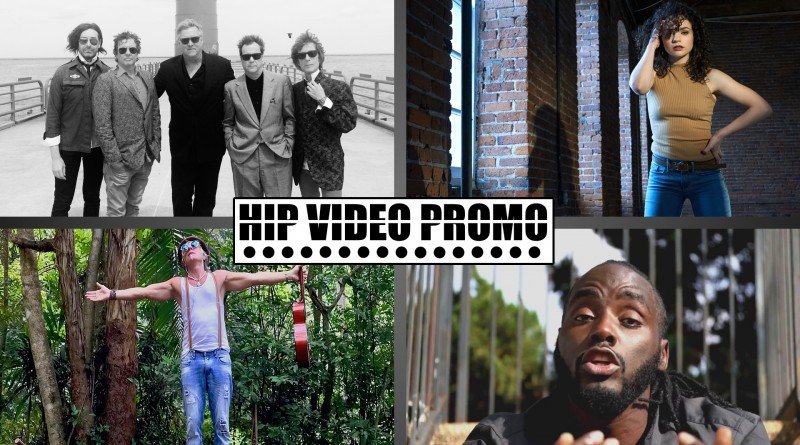 Yet another impending snowstorm here in New Jersey is making it hard to believe the first day of spring is just one week away. But there’s one plus side to bad weather: it’s an excuse to spend the day inside, exploring new music and videos from artists all over. From Minneapolis to New Jersey to Australia to Southern California, the latest round of clients we’re sharing with you proves that talent knows no geographical boundaries. The newest HIP Picks – Weekly Client Roundup video gives you the low-down on some of our current projects, and we’ll tell you a little bit about each one below.

Minneapolis has long been one of America’s greatest rock cities, and in the early 1980s, The Suburbs were one of the Twin Cities’ most beloved groups. After 25 years, they returned with the critically-acclaimed Si Sauvage, which they recently followed up with Hey Muse!. Hey Muse! Closes with “When We Were Young”, a sharp-eyed look backward on how far the band has traveled. The song is accompanied by an engaging performance clip, and while the musicians are veterans, it’s the small moments – like the shadow of a smile – that give this video its power.

Though she comes from right here in New Jersey, Carolyn Marie‘s unstoppable drive and unparalleled enthusiasm have her gaining critical acclaim all over the world with her trademark blend of pop, rock, and dance music. A talented songwriter, powerful vocalist, and energetic dancer, she’s back with an edgy new single called “Man Eater.” The “Man Eater” video begins with a casual encounter with a tall, dark, and handsome stranger; as he becomes mesmerized by Carolyn Marie’s gaze, things quickly intensify. Alternative between spectacularly choreographed dance scenes and shots of Carolyn’s captivating performance, it’s an enthralling video in every way.

Like Bob Dylan and John Lennon before him, AKoVA projects his heart on the screen, as his story is shown like a film with his music as the soundtrack. Dubbed the “Rhythm King” by Australian music media, AKoVA is ready to once again change lives with his inspirational new single, “You Can Have Anything.” The track combines his husky vocals with a pleasant ukulele tune to share a message that if you let your inner self be free, “You Can Have Anything.” In the video, AKoVA is shown in his natural habitat: traveling down the shoreline, spreading joy along the way.

Music can connect with your soul, having the power to change your life or even save it. Ignatius grew up as the second youngest of ten family members living under one roof, with a father who was often violent. After his father left, Ignatius’s mother struggled to support ten children on welfare, food stamps, and her faith. Bouncing around the Los Angeles area, Ignatius commuted hours each way from Compton to Pomona to work with youth. Eventually, he and his wife opened Set Apart P-Town, a local youth group, and the children from the group star in his new video for “All The Things.” Combining influences from Boyz II Men to modern hip hop and even movie scores, “All The Things” is Ignatius’s letter to the youth, articulating a deep message with incredible accessibility.