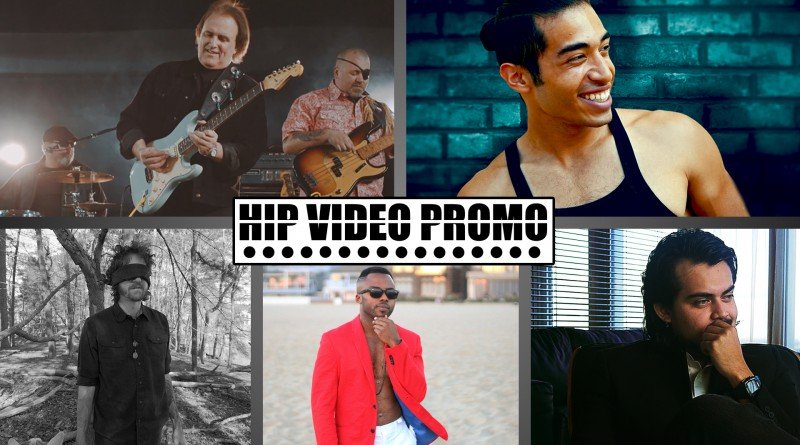 We’re profoundly lucky to have a plethora of talented musicians right here in New Jersey, but it’s such a thrill discovering and working with artists from all over the world. From Dallas and Atlanta, to the farthest corners of the globe, great music will find a way to connect with listeners, wherever they are. The newest HIP Picks – Weekly Client Roundup video gives you the low-down on some of our current projects, and we’ll tell you a little bit about each one below.

“The Texas Tornado”, “The Malice from Dallas”, “The Young Eric Clapton”, “The Last Great Bluesbreaker Guitarist” – Rocky Athas is known by many names, but no matter what you call him, he’s a real rock and roller! His latest album is Shakin’ The Dust and we’re thrilled to be sharing the video for “Dictator.” “Dictator” is a fresh take on blues rock, and the video showcases him jamming out with his band in the studio.

Part Colombian, part Chinese, and part Sicilian, Tony Valor is a multi-cultural maestro here to reach the globe in its entirety with internationally fused beats, youthful charm, and undeniable accessibility. “D’Nah Nah (Shaky Bum Bum)” is another surefire hit, featuring a spunk-filled verse by Zuka. The “D’Nah Nah (Shaky Bum Bum)” music video shows Valor surrounded by beautiful women from all over the world, proving his status as a global player with the moves to back it up.

Christopher Ian Brooker, known to most as Where Are We, is a multi-instrumentalist, producer, and songwriter who’s been a proud DIY flag-holder in the Atlanta scene for over a decade. He’s been collaborating with filmmaker Tim Reis for seven years, and their most recent effort is “Not My President”, a contemporary electronic protest song that blends indie rock and EDM sounds with lyrics that are pure punk rock. The “Not My President” video sees a faceless, amorphous, character reflecting on horrid images from the news about the president’s activities.

There’s no telling where life can take you: born in Nigeria, international pop visionary TYSU grew up in the French state of Benin before landing in New Jersey for 14 years. But three years ago he took the last evolutionary step to unlocking his true potential, and moved to Los Angeles. “Valley Girl” is a dance-hall smash honoring TYSU’s global influences with fusion rhythms, accompanied by a dance-filled video in the sun kissed desert, and “1, 2, 3 Time” takes influence from the early 20th century with a classic, black-and-white video reminiscent of New York City in the roaring 20s.

From his youth in Villahermosa, Mexico to attending university in Lancater, Lancashire, UK, Rossemberg Maza is a cross-genre artist who has crafted his own galaxy within EDM and R&B. After the self-reflective “A Bad Guy”, he’s back with “Eat It Too (Cake)”, which shows a day in his grandiose life, with various time zones, exotic cars, and beautiful women. Sometimes the truth is a hard pill to swallow, but Maza is honest with himself in admitting that he can’t shake a multitude of women off his mind – even though he knows it’s wrong to want them all to himself.