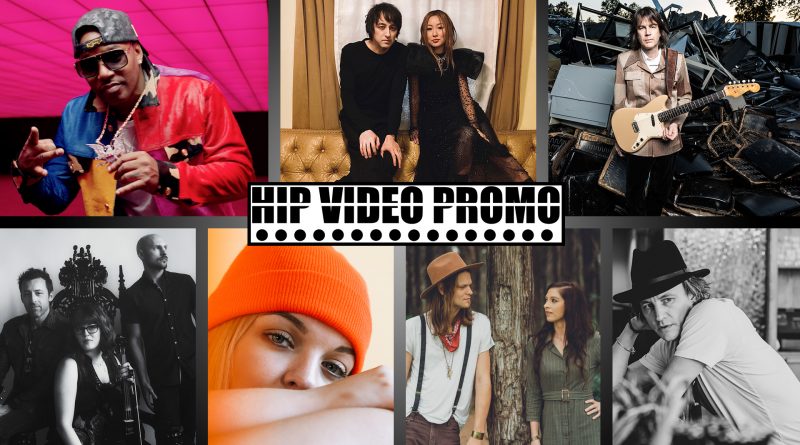 New This Week: “The Taste” and “Another Life” music videos from Night Dreamer plus new videos from Cam’ron, Eryn Martin, Owls & Lions, Pennan Brae, The Imaginaries, and FREEMAN

WordPress Image Carousel
From hip-hop to electro-rock to Americana, any genre of music can get you moving, and if it’s paired with a memorable, engaging video, all the better to remember it! Our newest HIP Picks – Weekly Client Roundup is here- take a look at the videos above, and learn more about each clip by clicking on the links below.

Harlem MC Cam’ron, leader of the influential Diplomats, is the rare rapper who’s got it all: style, flash, microphone skills, lyricism, wit, fashion sense, camera presence, daring, good humor. “Believe In Flee” comes from the upcoming Purple Haze 2, a sequel to one of his best-loved releases. Filmmaker Clifton Bell (who has made clips for Jadakiss, J.Cole, Swizz Beatz, Jim Jones, and other prominent rappers) created a clip where everyone is stylish, poised, and composed – and no energy is wasted.

Night Dreamer is the new collaborative project between Jeff Schroeder of The Smashing Pumpkins and accomplished singer-songwriter Mindy Song. “The Taste” is an irresistible exercise in avant-garde electropop, and its brand new video (directed by John Isberg), shows the band fully realized. Here, they’re shown reconciling with their demons in search of a solution.

We’re also sharing Night Dreamer’s video for “Another Life”, splits the difference between slinky, stylish rock and furious punk. Also directed by John Isberg, “Another Life” is a haunting introduction to Jeff Schoreder and Mindy Song – and something you’ll surely want to get lost in.

Eryn Martin, the latest artist we’re proud to work with from Cinematic Music Group, has now followed up her EDOG EP with a new single and video, “Ball.” “Ball” is both hip-hop and dream-pop, and its video (directed by MidVessel) is as moody and melancholic as the song itself.

New Jersey’s Owls & Lions are steeped in classic Americana folk, lush harmonies, strings, and all, but instead of barrooms and rock clubs, they’ve focused on performing at weddings, festivals, theaters, and house concerts, which also benefit their 501c3 charity Ukulele Kids Club (lwww.theukc.org). “Take The High Road”, from the There’s A Light EP (produced at Daxxit Sound Studios by Hanan Rubinstein,  known for his work with Alicia Keys, Rita Ora, and J.Cole) is a unique take on love songs and fighting fair. Illustrator/animator Nathan Morrow has created a simple, line-drawn narrative that shows a couple walking a wilderness that’s vast, beautiful, and serene.

Pennan Brae is a screenwriter and filmmaker as well as a musician, and you can see that penchant for visuals in “Strut-1980s.” Featured on Gravity – The Astronot and produced with the help of Kirk Kelsey & Grammy nominated-Eric Alexandrakis, and mastered by Grammy-winning engineer Sean Magee (The Beatles Remasters, Tina Turner) at the legendary Abbey Road Studios in London, it’s a tribute to 80s pop in the best way. Director Tim Cash helped bring the vision of “Strut-1980s” to the screen, with Day-Glo outfits and props and costumes reminiscent of the glory days of MTV.

Maggie McClure and Shane Henry, a.k.a. The Imaginaries, have had songs featured in numerous shows like Dr. Phil, Cougar Town, The Real World, The Night Shift, and The Young & The Restless, as well as in many movies and commercials – oh, and they’re both road warriors, too.  Talented and accomplished in their own rights, when they come together as The Imaginaries, magic happens. “First Thing On My Christmas List” is an upbeat, nostalgic number that’ll surely become part of your holiday rotation.

In between making an album, filming videos, and preparing for a world tour, London based indie-artist Freeman always makes sure to spread love and positivity. “Get Me Started” comes from Love, the followup to his debut album Truth,  and the funk-inspired 70s track has a real rock n roll undertone. They’ve teamed up with KINO for a music video that does what the song title suggests: gets you up, singing and moving along.