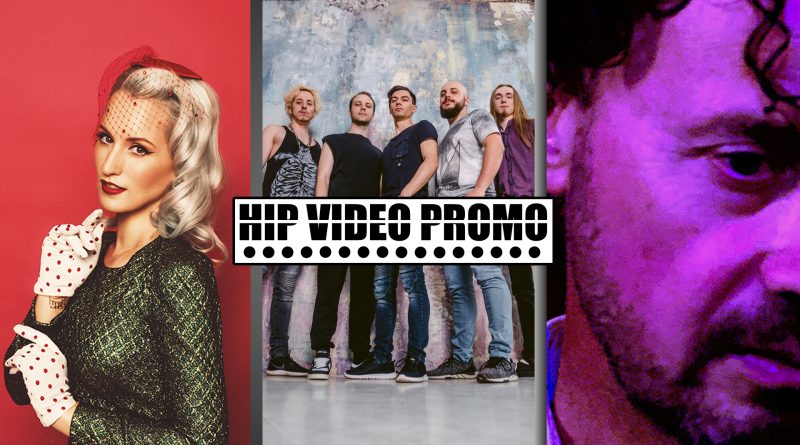 WordPress Image Carousel
We’re pumped to share a variety of different sounds this week, but consistent among these songs? Well-shot, perfectly-planned music videos. Our newest HIP Picks – Weekly Client Roundup is here- take a look at the videos above, and learn more about each clip by clicking on the links below.

With nine albums, several high-profile collaborations, and worldwide touring, Ingrid Michaelson never stops. The singer-songwriter creates music that connects with people, songs that listeners hold close to their heart – so her love of Christmas music is no surprise! This winter, she’s teamed up with Jason Mraz for “Christmas Valentine”, an Amazon Original that celebrates the spirit of the season in New York City.  After premiering the video on Billboard.com, Ingrid teamed up with special guest Andy Grammer to fill in for Jason Mraz for a Thanksgiving Day performance of “Christmas Valentine” on “The Wonderful World of Disney: Magical Holiday Celebration.”

In 2018, Ingrid Michaelson released her first holiday album, Ingrid Michaelson’s Songs for the Season, which was recorded with a 35-piece symphony to capture the warm and nostalgic big band feel of the 1940s and 50s. We’re thrilled to be sharing her video for “Rockin’ Around The Christmas Tree” with Grace VanderWaal. On Christmas Day, they’ll reunite to perform “Rockin’ Around The Christmas Tree” on “Disney Parks Magical Christmas Day Parade.”

Most of us know film composer David Norland from his music featured on primetime television, but he’s also scored HBO’s “Dinner With Hervé” starring Peter Dinklage, and the documentary, Anvil! The Story of Anvil. Electronic, drum ‘n’ bass, reggae (including producing Grammy nominated work with Sly & Robbie), piano, choral, and string music have all found their way into his work, as seen on his debut album, Glam Tear Stain, on which “Agate Or Barium” is the lead-off. It’s a spare, melancholic soundscape, and it only makes sense that the visual is composed of sped-up footage of subways.

Ah, Russia – home of potatoes, vodka, and… underground metal? Yep, you heard that right: since their first gigs in 2013, Tiavara has been melting faces in Korolyov, Russia – and now they’re ready to bring their melodic metal worldwide. Timofey Pachin and Maxim Rubtsov directed their clip for “Dazed”, which shows the band experimenting with more energetic – almost rapping – vocals to create a more driven sound. The “Dazed” video was filmed over four days in Korolyov, with street scenes shot around the town park, and the band filmed in an abandoned warehouse hall. From the opening shot of a TV being smashed, this video will make you think… hard.