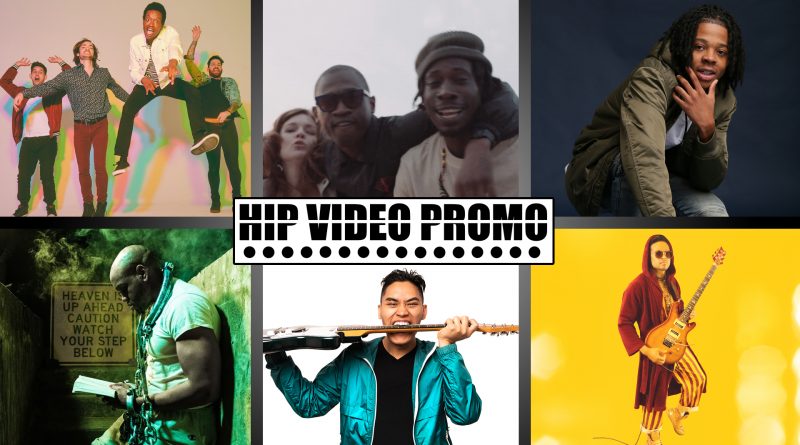 August is over, Labor Day is behind us, and a new school year is starting – fall is officially on its way! It’s warm enough to enjoy spending time outside, but cooling down so we’re no longer sweltering in the heat. Here’s our latest HIP Picks – Weekly Client Roundup- take a look at the videos above, and learn more about each clip by clicking on the links below.

Austin, TX “pop n roll” quartet Swimming With Bears have opened for Weezer and Panic! At The Disco. Earlier this year, they signed to Cinematic Music Group / Bear Creek Records and headed to the studio with producer Ryan Haddock (The Lumineers, Vance Joy) for their self-titled EP, which comes out this month. The “Keep Smiling” video is humorous and relatable, and exemplifies the EP’s theme of “truth and escapism.”

F$O Dinero is signed to Miami mainstay Slip N Slide Records, but he also represents the nearby, grittier Broward County. For “Changing Weathers”, he’s pulled in Haitian/Cuban lyricist – and fellow Broward native – Eman Get Dough to trade verses. In the Benny Flash-directed video, the duo jump locations and live the dream, keeping the energy high.

The three members of Triple Island – vocalists Neysa, Cuppa, and Yola – carry the sound of the tropics with them. A “Fête” is a party, and on their streamlined, hard-hitting debut single of the same name, they take turns dazzling the listener with performances as searing as the Caribbean sun. The “Fête” video was shot at the Haitian Day Parade in Brooklyn – and it’s a guarantee you’ll want to join in with them.

As the musical collaborator and lead guitarist for the legendary percussionist Sheila E, Mychael Gabriel’s performance skills and stage presence are beyond argument. On his official solo single and video “Ghost In The Midnight”, the funk-rock singer songwriter performs right in a series of outrageous outfits that connect to his musical upbringing in the heart of the Minneapolis Sound. And while he’d be the first to tell you that there’ll never be another Prince,  he’s the rare musician with the chops, the attitude, and the knowledge to carry on the storied tradition of Minneapolis pop-funk.

While studying music in Spain, pop-punk singer-songwriter Darro was diagnosed with a serious brain tumor. He’s now recovered and made it out the other side – and in his latest single and video “You’re Not Insane”, he confronts, and ultimately transcends, his challenges, with a good bit of humor. Directed by Darro and Mike Monto, the video was shot on the streets of New York City – and ends with a proper rock show.