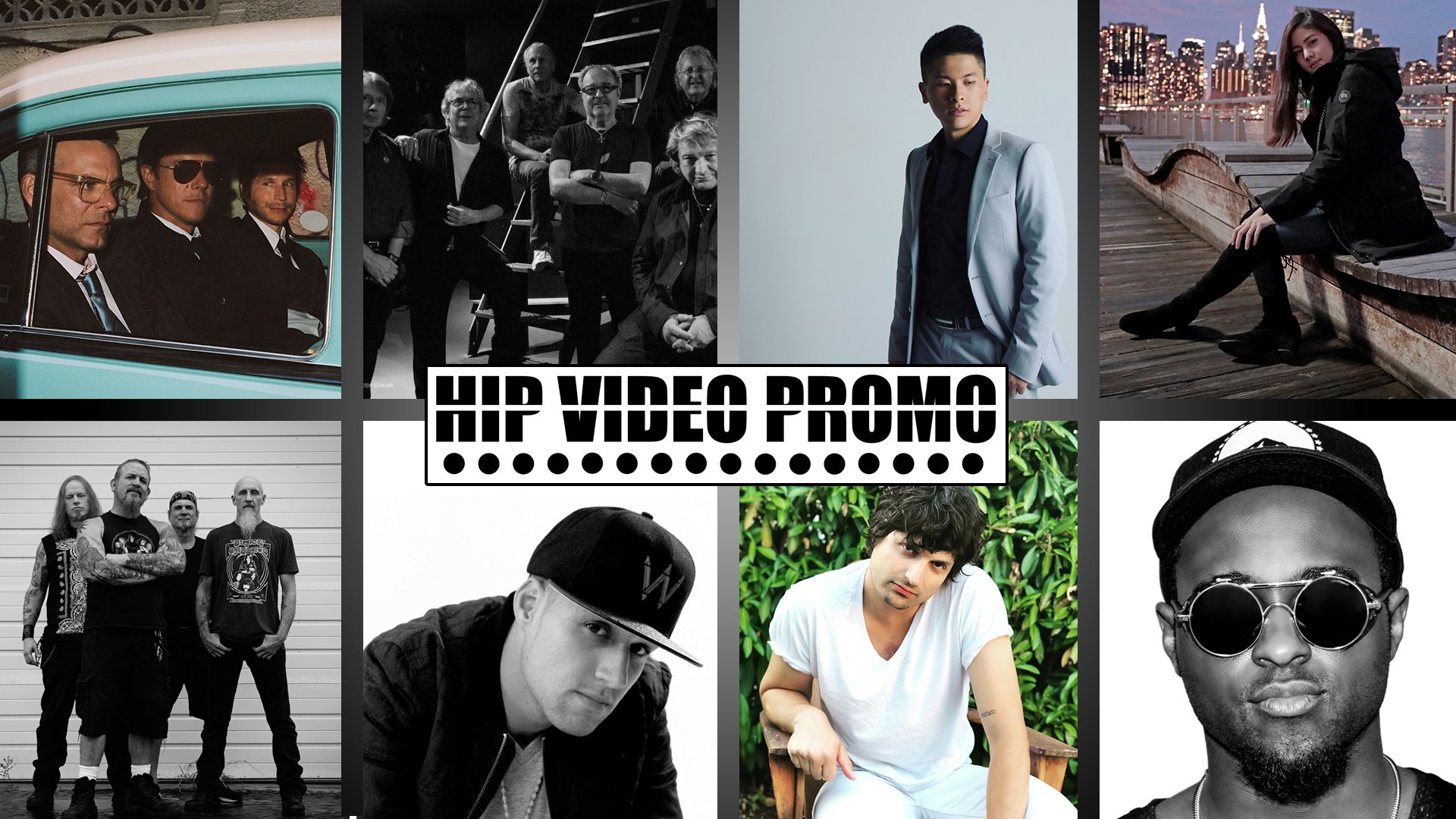 From legendary names to brand new artists, all of our clients at HIP have one thing in common: true potential. It’s been a busy summer and we’ve got a whopping nine videos to share with you this week! The newest HIP Picks – Client Roundup video gives you the low-down on some of our current projects, and we’ll tell you a little bit about each one below.

For two decades now, Interpol have been one of the leaders of the post-punk revival, putting their own somber, indie spin on everything they create. They’re set to release their sixth record Marauder in August, and the latest visual they’ve shared is for “The Rover.” Directed by Gerardo Naranjo, the clip takes us on a journey through the band members’ lives, where long-awaited questions are finally answered.

Numbers don’t lie, and with ten multi-platinum albums, sixteen Top 30 hits, and over 75 million albums sold, it’s no doubt that Foreigner are true rock legends. Their songs have stood the test of time and now, they’ve added a symphony orchestra to the mix: Foreigner With The 21st Century Orchestra & Chorus is just as it sounds, adding orchestral grandeur and choral singers to some of Foreigner’s most beloved songs. We’re thrilled to share the videos for “Double Vision” and “Urgent”, two captivating clips that show the passionate performances that have made Foreigner famous.

Creatively, musically, and visually, Jared Price – known to most as JPRiZM – is an artist that refuses to stay in the box. This Boston-based artist has collaborated with Jennie O for “Heroin (My Love)” and most recently released PRiZM WORLD aka EXPERiMENTS in 2018 to establish his presence in electronic music. Now, he’s shared his video for “Rise”; like a prism, he says the video “is a reflective rhythmic novella, meant to be experienced and not explained.”

Ryan Rebo is everything you loved about the rise of 2012 indie music culture with a contemporary electric guitar killer kick. Previously performing under the name Man At War, he’s now making music under his own name and plans to release a new album, 7 Songs In The Key of Z, next spring. His latest visual is “Boogieman”, and it shows an honest look into what it’s like to suffer from an anxiety and panic disorder.

From Indonesia to Seattle to New York City, Navakaine has had a long journey in only eighteen years. With enormous talent, she’s our new infatuation, and plans on releasing her first album After Summer next year. Until then, fans can get a taste of what she’s about with the video for “Skyliner”, which shows her shining brightly as she dives into a hard self-awakening amidst her infatuation for New York City.

From piano ballads to pop-punk to nu-metal, Kevin Tiah is a musical chameleon. He’s currently hard at work on his self-titled debut album, for which he is recording and mastering every instrument himself. His latest video for “Voices” was directed by Ben Kalgovas, and depicts a dark tale of a man’s battle with addiction, ending in suspense as he realizes that he himself is responsible for his choices.

A true band of champions, Atlanta natives Long Claw are not afraid to take the lead and fight injustice and oligarchy. Bassist Will Price has been playing shows since 1983 and founded MuckRaker, while guitarist Daniel Long is formerly of Season of Sorrow. Long Claw released their debut album Disastrophe in 2016 and have now shared the clip for “Razor Blade Tears.” Transitioning between shots of the band and of Price’s performance, it shows a midlife crisis with a rock and roll spin – yet they remain entirely calm.

Originally from London, songwriter, rapper, and producer Jamieson has a natural British charm. Crafting records that focus on personal battles, he blends hip-hop with a Reggaeton-inspired flow. Jamieson has teamed up with French Montana as well as landed spots at top festivals like SXSW and shared the stage with the likes of Flo Rida, Sean Kingston, and Mobb Deep. In his brand new video for “The War”, Jamieson goes into battle yet connects with us in times of great weakness.