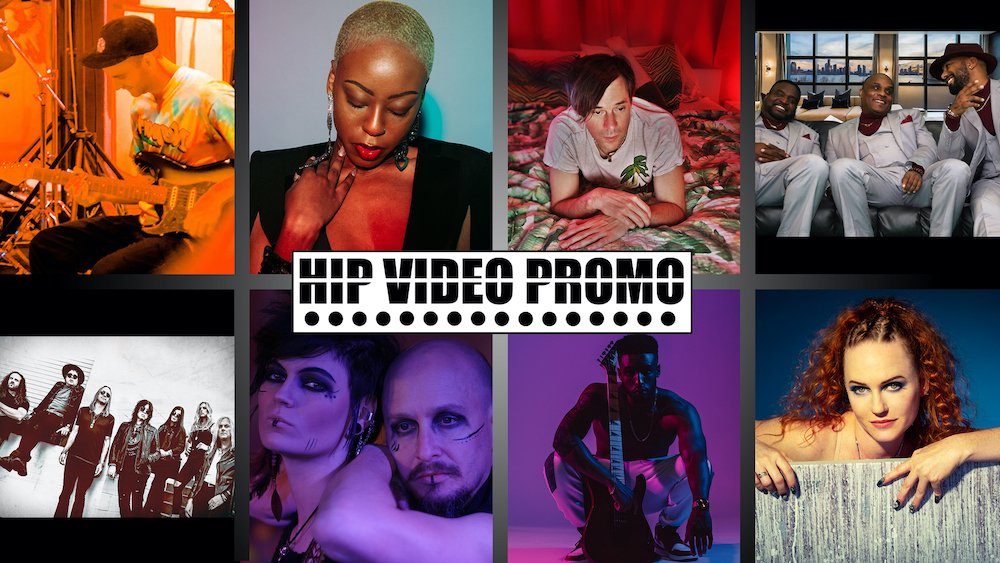 With Valentine’s Day just a few days away, love is in the air… and so is good music! Our newest HIP Picks – Weekly Client Roundup is here- take a look at the videos above, and learn more about the clips by clicking on the links below.

Leah Jenea’s sweetly seductive clip for “Balance” is suggestive of the unstoppable forward momentum that the Newark, NJ R&B singer’s career has had ever since she appeared on FOX TV’s The Four in 2018. While she didn’t win the show, she won the respect of her peers, the adoration of the audience, and a co-sign from Jill Scott. Director Jay Scorsese’s clip for “Balance” builds upon the success of her previous “Gold Ring”, but even before then, she was recognized as a budding star. She was born into local hip-hop royalty (her dad is Larry “Kapital” Gaines aka Left Gunnz) and before she turned 18, she’d already crossed the Hudson to take home multiple Amateur Night prizes at the Apollo theater and opened for Bilal and Musiq Soulchild at The Electric Factory in Philadelphia.

With his debut full-length Geography (praised by the likes of NME), Tom Misch had begun to build a reputation for beautiful music that he produced himself. The follow-up, What Kinda Music, is a collaboration with another imaginative young UK artist: virtuostic percussionist and experimental electronic musician Yussef Dayes, who was half of Yussef Kamal. Together with Blue Note and Caroline, we’re sharing their “What Kinda Music” video, a crisply-shot, dream-drunk clip that’s beyond genre, respectful to all traditions but beholden to none.

Athens, GA pop shapeshifters of Montreal have released a discography astonishing in both number of albums (UR FUN, out now on Polyvinyl, is number 16) and musical exploration. Clayton Rychlik’s video for “Polyaneurism” tells the story of Misha the Art Dog, as she rises to insta-fame (and Insta-fame), and her brief love affair with the gallery scene. Haven’t we all wanted to spend a perfect afternoon poolside with a whole bunch of dogs?

“Get God’s Attention By Being An Atheist” Music Video: of Montreal (Indie-rock/pop)

On the new album UR FUN, of Montreal’s sole core member Kevin Barnes chose to forego the majority of his collaborators and go this one alone. “Get God’s Attention By Being An Atheist” is the best example yet of Barnes’ love for, and mastery of, bouncy melodic basslines, glam guitars, and layered vocal harmonies. Directed by Christina Schneider, the video will make you want to stop doing drugs… or maybe start doing them? We’re throwing caution to the wind here for a hyperkinetic, fantastical ride.

As the frontman of Cinderella, Tom Keifer authored some of the most memorable and popular glam rock songs of the ’80s and ’90s, but lost his voice to illness in the 90s. After several surgeries and a long, hard, recovery, he’s back in action – with even more grit – with Rise, the new album by Tom Keifer #keiferband, which has been praised by the likes of Loudwire and Vintage Guitar. Vicente Cordero’s music video for the incendiary new single “Hype” shows that he can still command a camera, too.

Classic Staten Island hip-hop/R&B trio Force M.D.s are keeping love alive with their new single “Make U Happy.” “Tender Love” was their first commercial breakout hit, even awarding producers Jimmy Jam and Terry Lewis a Grammy Award for Producer of the Year. Fittingly released on February 14th, plush furniture, glittering gold outfits, and romantic serenades serve as the backdrop for the “Make U Happy” video, as each gentleman smooth-talks his way to the woman in his life.

Evan Michael Green respects no limit to his ambition, so it’s fitting that this R&B artist has called his new single and music video “No Ceiling.” Here, the exuberant singer-songwriter is determined to bring you skyward, taking brave, unexpected turns. It comes on the heels of his Growing Pains EP, which earned him airplay on MTV and Ebro In The Morning and won him opening slots for 21 Savage, 2 Chainz, and Young Thug. He’s a born storyteller, and the “No Ceiling” video covers a startling amount of narrative territory in just under four minutes.

Lisa Chambliss isn’t a Los Angeles native, but the pop-singer songwriter who records as L.A. Bliss makes music that represents her adopted and beloved city in full. “Stranger Love”, her latest single and the title track of her EP, feels like a sonic manifestation of California sunshine. Director Tinks Lovelac’s video for “Stranger Love” is a portrait of L.A. bliss in full summertime bloom, as she quite literally rids herself of baggage from the past.

Project213 (pronounced “Project Two-Thirteen”) is a genre-mashing, frequency-blending, psychosis-inducing project created by Jared Hallock. With their new single “Naughty Jenny” – which was featured in episode 4 of the comedy web series Vagina Town – Hallock is solidifying the project’s live line-up and writing new music. They’ve shot the “Naughty Jenny” video at The Neurolux – that bar with all the cool music history that’s the heart of Idaho’s thriving indie music scene.