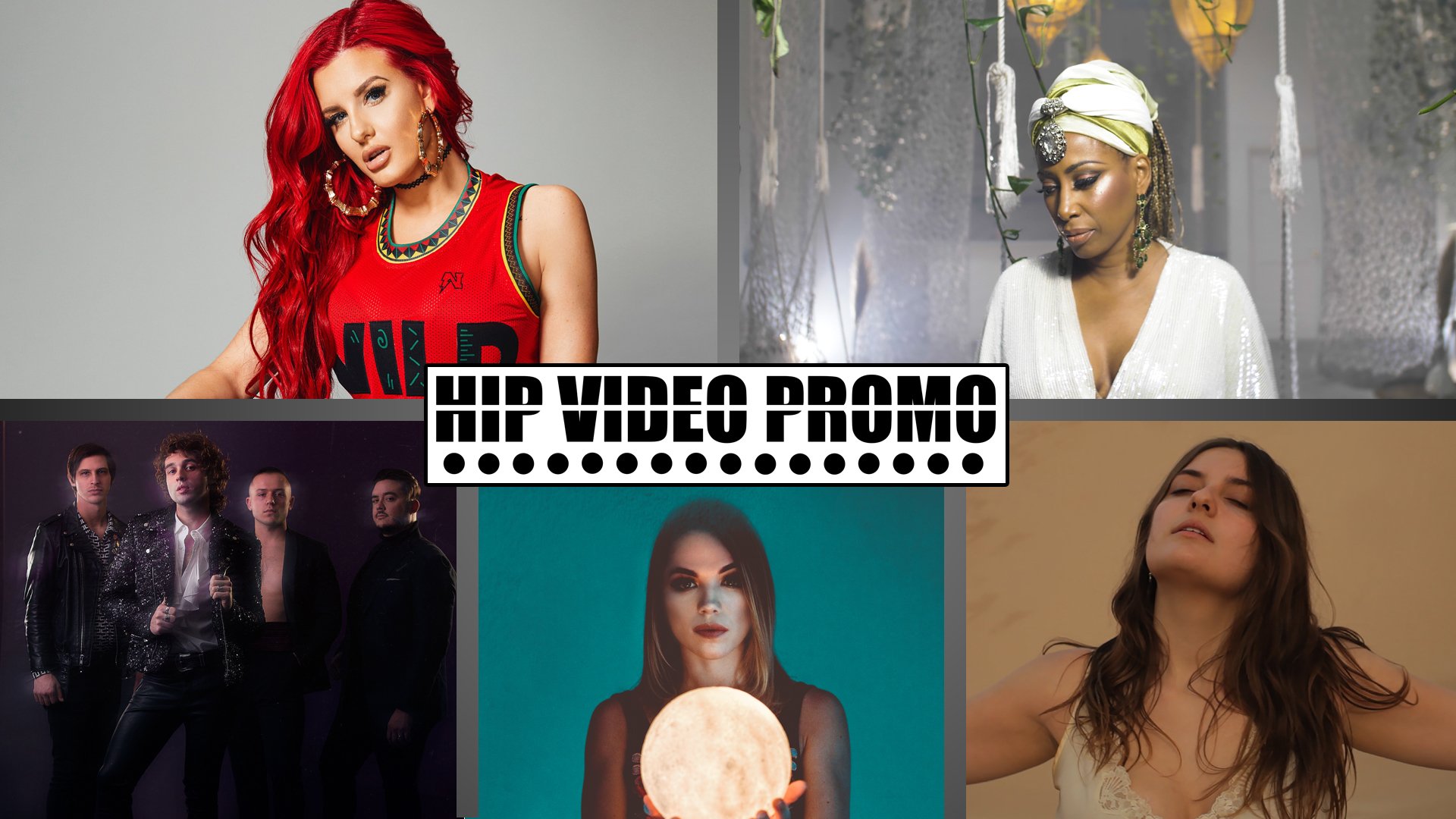 From rock, to folk, to hip-hop, we’re serving an impressively varied assortment of visuals this week! Our newest HIP Picks – Weekly Client Roundup is here- take a look at the videos above, and learn more about the clips by clicking on the links below.

The members of LVVRS come from Acadiana, the humid, tree-shrouded Southern region of Louisiana that’s full of great art but whose goings-on aren’t always widely known. But this band has no hesitation in their commitment to sleek, punchy pop-rock with “Iconic”, and director Alexander Breaux has paired the song with an appropriately glossy, neon video.

Far from ordinary, Jersey-born singer, songwriter, and rapper Justina Valentine (of Wild N Out fame) is built for this moment in pop cultural history. Her newest single “Strawberry Soda”, which builds on the success of her 2019 album Favorite Vibe, is about as tasty as they come,  and she’s never been more alluring – or more outrageous – than she is in the “Strawberry Soda” clip. Here, she snatches up men from all the major metropolitan areas – of course including a roughneck from Newark, NJ.

Malou Beauvoir might be based in New York City, but the singer-songwriter is Haitian to her roots, creating music that combines American pop and soul, pan-African rhythms, and Haitian folk, and contains within it a message for humanity. Her version of  “Papa Damballah” builds a new and modern Vodou temple upon the foundation created by celebrated Haitian singers Toto Bissainthe and Raoul Guillaume. Video director Walu Mwalilino has found a serpent that’s both beautiful and terrifying – a worthy symbol for the Loa spirit’s power.

Natalie Major has collaborated with EDM hitmakers Tiësto, Showtek, and Bobby Puma, placed songs on Station 19, Shameless, Grownish, and Camping, and even sang the national anthem in 2K’s NBA-themed video games. “The Moon” is the title track from an EP of the same name, an assured ballad you’d expect from an established pop star. In the accompanying video, she speaks to a younger version of herself, played by child actress Rylee Jane Cummings, bathed in soft light while she sits at a table, invisible to the child she once was.

Multi-instrumentalist/singer/songwriter/lyricist Lila Blue has plenty of stories to tell, evidenced by the fact she’s already released two albums and an EP and scored a few theater productions. “Grown Bones”, her latest offering from Leave Me Be, is nearly impossible to pin down. Director Elise Durant shows her singing, acting out, and exorcising the poison inside her in the desolate expanse of Joshua Tree.