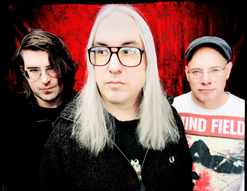 Out June 23, the album Farm is officially released–Dinosaur Jr.’s newest creation. On this album, the band members are kicking it old school, going back to their beginnings. As Spin put it, “Mascis can still make his guitar squeal a story, and his mumble has never sounded stronger.”

Dinosaur Jr.’s unique sound, born out of a collusion of musical styles that includes the most ragged speed metal and the most wimpy jingles of Belle and Sebastian origin, has captivated listeners for decades. Now, they’re back! And as crazy and loud and bizarre as ever.