HIP Video is proud to present yet another Farrad Video! 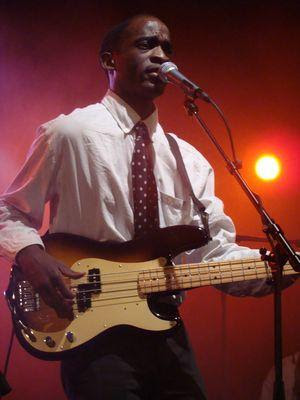 The future of funk is being written right now by a pair of Parisian groove theorists named Bibi Tanga and Professeur Inlassable. Singer, bassist and bandleader Bibi Tanga bridges the divide between the arty South Bank of the Seine and the gritty suburbs, where he grew up as an immigrant from the Central African Republic. Bibi’s music is marked by slinky, sinuous basslines and a wicked falsetto that conjures up Prince and Curtis Mayfield, while producer Professeur Inlassable (“The Tireless Professor”) digs deep beneath the cobblestones of Paris to unearth the sound and spirit of another era. Together with Bibi’s band The Selenites, the duo forges a stunningly original new sound and creates a space where Afro-futurism meets steampunk, Fela Kuti jams with Sidney Bechet and Marcel Duchamp gets down to Chic.

In the meantime, check out their myspace!