Out of the Atmosphere: Brooklyn’s Own Inky Jack presents two videos…from outer space! 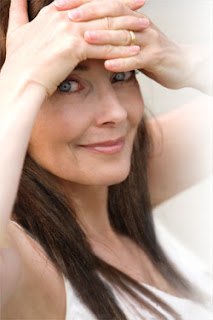 Hello friends, it’s Andy Gesner and the HIP Video Promo crew, proudly presenting you with an astounding artist from San Francisco who knows no boundaries—Valerie JanLois. The Bay Area singer expresses powerful and uplifting songs that capture timeless lyrics and melodies that have been deemed spiritually charismatic. With a vision to change the world, Valerie promotes peace through her angelic performances of timeless songs, and she sets this example in the fresh, new video clip “Sara/Miracles.”
Her first release, No Drop of Love (Is Ever Wasted) was released to much acclaim from fans and critics alike. Her newest album, dos, was released in the beginning of this year, producing positive feedback and intelligent critical acclaim. JanLois goes so far as to donate a portion of the proceeds from album sales to GlobalPeaceInitiative.org whose goal is to use a “brain-based approach to reducing violence and global conflict”. In addition to Global Peace Initiative, Valerie is supporting three more non-profit organizations with her releases: Permanent Peace, the Purusha Program and the Mother Divine Program.

The new album, dos, includes some of JanLois’ most powerful piano filled ballads to date, while also incorporating the sounds of swing, folk, soul, jazz, and reggae music. dos was recorded in studios all over the United States with the bulk of the sessions taking place at Fantasy Studios in the San Francisco Bay Area and the Gawain Mathews Studios in San Pablo, and yet we still find that Valerie JanLois revisits her first debut full-length album No Drop of Love (Is Ever Wasted) in the following video clip “Sara/Miracles.”

The video clip shows Valerie performing in front of a sultry pianist, expressing her love for the theme of “Sara/Miracles.” This dreamy, jazz ballad of what seems to be pure love was written for Valerie’s niece while walking with her on a winter afternoon: “I was taking my three-year-old niece, Sara, for a walk in the winter. There were some pine trees with their tops swaying in the cold wind and making a sighing sound. I asked Sara if she could hear it. She looked up, listened for a long time and said, ‘It’s a miracle’.” The video’s release is merely perfect timing for the upcoming holiday season, and it contains energy that bursts out of every vocal melody. The haunting piano melodies serve as the dark nature of winter, but the song is a sweet comfort for the cold nights to come. This divine ballad is soulful, unique, and full of emotion, and “Sara/Miracles” is a song that has yet to inspire the likes of many encouraging music fans.