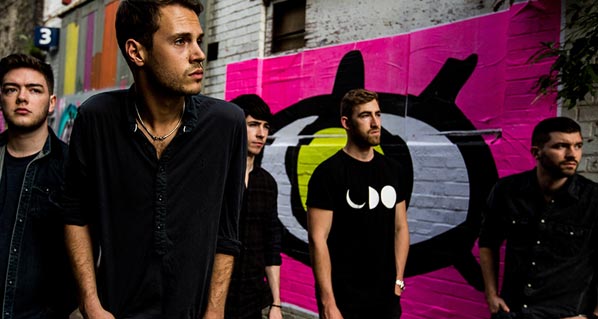 The epic sound of Longfellow is at once sweet, sad, and soaring–a cinematic rush of emotions that hits you directly from the first listen. It’s no wonder that these five lads from South London have been on a hot streak since their very first performance back in the Summer of 2013, having since performed as direct support for Keane’s 10th Anniversary Show, embarked on a tour across the UK with the legendary Hall and Oates, and received lots of love and airplay on BBC Radio. As the band continues its stateside push with two upcoming showcases at the CMJ Music Festival later this month, HIP Video Promo is very proud to present the excellent clip for their latest single, “Kiss-Hug-Make Up.”