Most-Viewed Monday: múm “They Made Frogs Smoke ‘Til They Exploded” 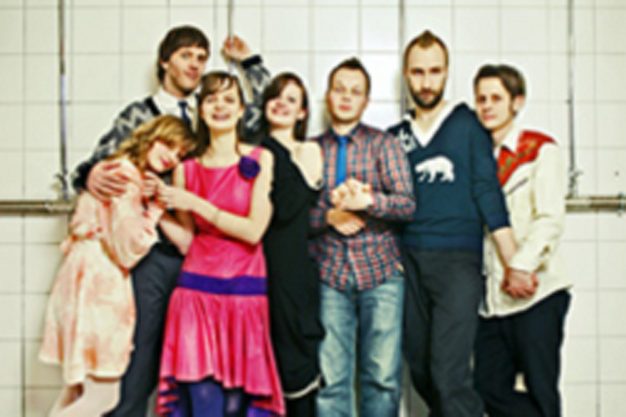 After 22 solid years of promoting music videos, many of our videos have skyrocketed to the top. Today, we present you with one of our most-watched videos on our Youtube channel: “They Make Frogs Smoke ‘Til They Exploded” by Icelandic experimental band múm.

Formed in 1997 by  Gunnar Örn Tynes and Örvar Þóreyjarson Smárason, múm fully embodies the unique voices, departures from conventionality, experimentation, mysticism, strange and playful beauty that make Icelandic music what it is. múm partnered with Fat Cat Records for several US records, their first being Finally We Are No One in 2002. For their 2007 album Go Go Smear the Poison Ivy, they used more acoustic and live instruments than they had in the past, but never fear: things are just as inventive and enchanting as you’d expect from the band. “They Made Frogs Smoke ‘Til They Exploded” is both sweeping and gentle, a song sure to get stuck in your head, refusing to leave – not just because of its melody and rocking-chair rhythm, but because you just never know what to expect next and are surely dying for more.

Ingibjörg Birgisdóttir has created an animated clip that’s a perfect companion to the strange and hypnotic track: a seemingly pleasant idea is sketched on screen – but is intentionally overdrawn, seeming to eat itself from within. It happens over and over again, seeming to echo the constant organic process of growth and decay, and the change of seasons, that’s a regular theme in múm’s music. The video has now reached over 361k views on YouTube! Watch it for yourself below.

Since then, múm has released three EPs (Gleðileg Jól [A Number Of Small Things, 2011], Mysteries [A Number Of Small Things, 2013], and Menschen am Sonntag – Live in Berlin [Morr Music, 2018]) and two albums (Sing Along to Songs You Don’t Know [Morr Music, 2009] and Smilewound [Morr Music, 2013]). In 2019 Morr Music celebrated the 20th anniversary of their debut album, Yesterday Was Dramatic – Today Is OK, with a re-release and tours in Europe and China. They also toured the US in celebration of the anniversary in the spring of this year.

Past vocalist Hildur Guðnadóttir, now a film composer, composed the score to the 2019 film Joker. This score led her to become the first solo woman composer to win the Golden Globe Award for Best Original Score, and the fourth woman to be recognized for her score with the Best Original Score win at the 92nd Academy Awards.

Check out www.mum.is to see what they’re up to next!