of Montreal DVD in the works

Spin names four HIP bands the best of the bunch 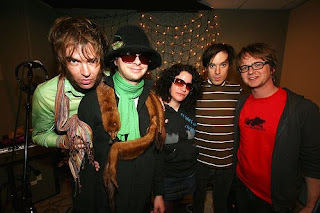 If you’re aching to see of Montreal on-stage, but they just won’t kick it in your town, you just might be in luck–Kevin Barnes announced in an interview with Rock Daily that a DVD containing live footage of the band is in the works.
So if you can’t see them live on-stage, you have a chance to see them live in your living room.

The DVD, Barnes said in the Rock Daily interview, will contain filmed Hissing Fauna shows from L.A. and Atlanta, as well as more live material. It will also contain documentary material.

Since the DVD isn’t out yet, however, you should check out the locations of the remaining of Montreal tour dates. Maybe they are making a pit stop in your town. You never know.