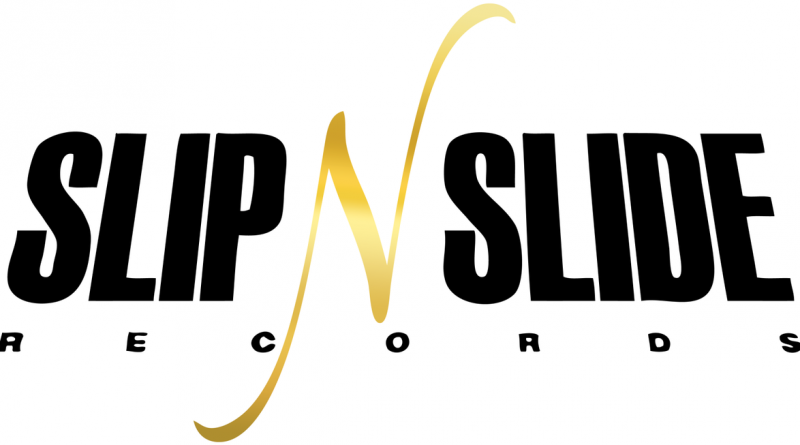 Over the last 21 years, HIP Video Promo has had the greatest pleasure of working with some of the most outstanding and iconic record companies within the music industry. Every Tuesday, we’ll go down memory lane and talking about some of our favorite record labels we’ve worked with in the past. On this Record Label Tuesday, we’re continuing with Slip-n-Slide Records. Slip-n-Slide Records is an American independent record label parented under Warner Music Group. It was founded in 1994 in Miami by Ted Lucas. Their first release came in 1997 when a local rapper Trick Daddy Dollars debuted his first album, Based on a True Story. Some other artists that fell under the Slip-n-Slide roster include Trina, Jagged Edge, and the sensational Pitbull. In 2008, Lucas expanded the label by creating a division that was designated for rock music. Through that, they signed pop singer Qwote and R&B artist Shonie. They’re a small but mighty record label, and they haven’t slowed down.

In April 2005, HIP Video Promo worked with Annie and Slip-n-Slide Records for the first time ever. Anne Berge-Strand is a sensational pop singer from Scandinavia and has been making waves in the music industry way before she broke out in America. In 2005 we promoted her video for “Heartbeat” off of her Anniemal album. We follow Annie as she explores the winding and exciting roads of a gorgeous European city. From the rainy and gloomy streets to the vibrant club, Annie explores every inch of this city. In between the fast-paced clips of the city, we see Annie giving a rocking performance.

Another Slip-n-Slide artist we had the pleasure of working with is The A.K.A.s (Are Everywhere). Back in June 2008, HIP Video Promo promoted their video for “Dead Flowers Forever”, the lead single off of their album, Everybody Make Some Noise! This video is a badass, punky kaleidoscope of black and white images swirling together. In front of the swirling backdrop and ever-changing imagery, we see the band in their glory, giving a killer performance.

Fast forward 11 years into the future. In April 2019, HIP promoted Sebastian Mikael’s video for “Acid PT II” off I C U U C ME Pt. II. Get ready to be transported back in time with this video. It starts with Sebastian smoking a cigarette as he waits for a squeaking train. From the blue night, we enter a room of warmth as Sebastian and the band perform. It’s the ultimate party from the ‘70s and everything that goes with it.

The next Slip-n-Slide artist we got to work with is Teenear. In October 2019, we promoted the dance video for “Dolla Signs”. The clip for this sexy song is short and sweet but every bit steamy as any other video. The video features dancers Aliya Janell and Tallie Brinson as they glide through the music. They both get a chance to impress each other with their dance moves before melting into each other. We also worked with Teenear in March 2020 on the official music video for “Dolla Signs”. This time it’s a full-length video, and it features the star herself, Teenear. Here, she’s dripping head to toe in gold. When she’s not submerged in a bathtub full of golden beads, she’s in the studio laying down her tracks. It’s an enchanting and capitulating visual that’s impossible to look away from.

Another Slip-n-Slide artist we got to work with is F$O Dinero. In November 2019, we got to work with him on his video for “Panty Droppa”. Get ready because you’re about to be invited to the ultimate pool party. From the poolside to the back of a boat, this party is nonstop, and it’s filled with drop-dead stunning girls. They’re working their bodies in brightly colored bikinis until the very last second. This is one video you won’t be able to peel your eyes from. We also got to work with F$O Dinero last March when we promoted his video for “Talk To Me”. In this video, the bad boy vibes are substantially subdued. We watch as he sweet-talks his girlfriend as they lock themselves away in their suburban home. They’re goofy, sweet, and very much in love with each other. You can’t help but feel their sweetness through the screen.

Another artist we worked with is Mike Smiff. In July 2019, HIP promoted his video for “My First Hunnid", featuring Gank Gaank. The video starts with two little kids wanting to buy ice cream after a day at school. The only problem? – they have no money. That’s when Mike comes in to save the day and buys the kids their ice cream. From there, we watch as the kids get their first taste of spending money on cool things. The identity of these kids is finally revealed as the video plays out. It’s Mike Smiff when he was younger and before he was the ultimate rapper. We worked with him again last July when we promoted his video for “No Feelings”. What you initially see in the video is only scratching the surface. At first glance, you see the makings of a classic hip-hop party- girls, booze, and other substances. But then you notice the faces of these partygoers, and something is churning behind their eyes. It’s a necessity to party to burn energy and blow off steam. It’s Mike Smiff in a new deep light, and we’re obsessed with it.

We also got to work with Altuz in January 2020 when we promoted his videos for “Altuz Baby!” and “Bitchin’”. Directed and shot by the man himself, Altuz leaves a little bit of himself in both videos. The clip for “Altuz Baby!” starts with the rapper taking a deep breath before entering a bar. Then, he stands on stage, gaining attention from the other patrons in the bar all before he opens his mouth. Once the song starts, you wonder why he was ever nervous. He performs the song with such confidence that there’s a sense of smoothness to the whole visual. It’s a simplistic video in the best possible way. The clip for “Bitchin’” takes us out of the gloomy bar and into the vibrant countryside. The video shows Altuz deep in the country as he lays down his beats while being surrounded by his cowboy-hatted crew.

The last but certainly not least Slip-n-Slide artist we got to work with is Kase1hunnid. In July 2020, we promoted his video for “I Luv My Dawgs,” featuring YD and the iconic Snoop Dogg. The video starts all intense and serious as Snoop, Kase1hunnid, and YD take their stances on a football field. However, as soon as the song kicks in, all seriousness is lost, and the ultimate party takes its place. It’s a video everyone wants to be in and the tailgating party everyone wants to be invited to.

Since its founding in 1997, Slip-n-Slide continues to go strong to this day with no indication of slowing down. In their 24 years of business, Slip-n-Slide has had its fair share of amazing artists, and it’s not hard to see why. For the past 16 years, we’ve had the honor of working with this badass record label and its incredible artists. We’re excited to see whatever they get up to next and are looking forward to the chance to work together again.