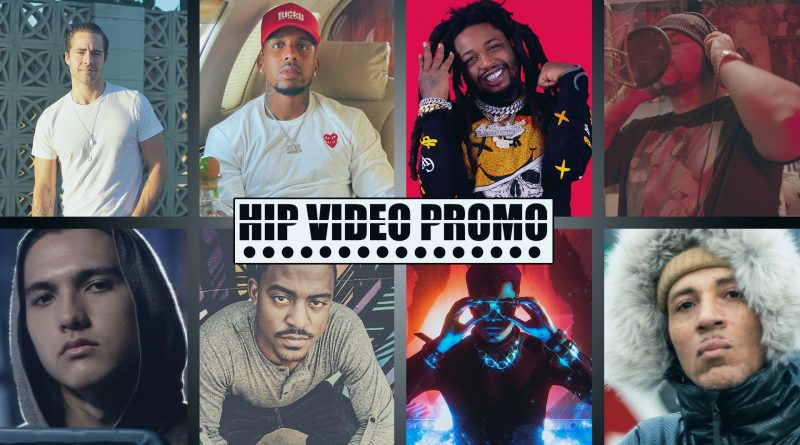 Florida, Tokyo, Los Angeles, Portland, Minneapolis, Georgia – no matter you go, you’ll find good music. The latest HIP Picks – Weekly Client Roundup is here; take a look at the videos, and learn more about the clips by reading below. LA-based multi-instrumentalist Dom Whalley cut his teeth as a founding member of Jungle (~4 million monthly Spotify listeners). Whalley, who plays percussion and synthesizers and backing vocals, has been on stage at Bonnaroo, Boston Calling, and Trópico. “Ride” is his first solo single, and its video stars – and is directed by – his wife Mackenzie Munro.

From perfecting his sound to being one of the names behind 4Pack Ent LLC, Florida newcomer 4Pack Boss has done it all. His new single “Johnny Dang” is an upbeat and catchy hip-hop track with a perfect video (directed by 20k Visuals) to match. Expensive cars, sick beats, gold chains – keep your eyes on 4Pack Boss.

Rising South Florida rapper iHateJulian is back with two more killer tracks. “Nice To Meet You” (directed by Ricky) is a quick, up-tempo track with intelligently-produced punchlines. The “Nice To Meet You” video starts in a laundromat, but then goes to the bedroom, where Julian is surrounded by plenty of beautiful women.

From his series Close Friends to being the CEO of 2KLife, iHateJulian is unstoppable. “Come Wit It” is a calm, slowed-down piece of ear candy. The “Come Wit It” video (directed by Trsh Mag) is clean and simple, with a slow panning from a bedroom and around a minimalist apartment, as decisions are made.

DICI established himself as a force in Southern Florida independent rap with the early 2021 underground single “Shibuya”. An homage to his Japanese heritage, “Shibuya” was filmed in the Tokyo neighborhood of the same name and has been viewed more than one hundred thousand times on YouTube. For new single and video “Five Rings”, he’s once again joined forced with director Brian Bayerl, but this time they’re closer to home: the clip was shot at the stylish SOMI Fitness Center in Coral Gables, Florida.

From Brunswick, GA, OneTwenty finds himself immersed in the Japanese music scene too. “Tora Tora” (Japanese for tiger tiger) is his new single, and it was produced by Kameron Davell. Tokyo lights up the night in the “Tora Tora” video (directed by Czar), and the city streets are full of action.

“Til The Break Of Don” Music Video: Lalo The Don (Hip-hop)

Rap artist and former wrestler Lalo The Don and wrestler Hana Kimura were friends and fans of each other. Hana was a star in the Japanese World Wonder Ring, better known as Stardom; she achieved international celebrity through her championship bouts and her prominent role on Netflix’s reality series Terrace House Tokyo, and was called on of the most talented female wrestlers in the world by Io Shirai of WWE NXT. Sadly, just over a year ago, Hana took her own life. Lalo’s “Til The Break Of Don” video (directed by Lalo The Don) was one of two videos he filmed with Hana before her passing; it demonstrates why we’ll never forget her, and concludes with an appeal to visit rememberhana.com.