Why is consistency important to build your career + community? Jerry Bryant answers on HIP To The Scene #5 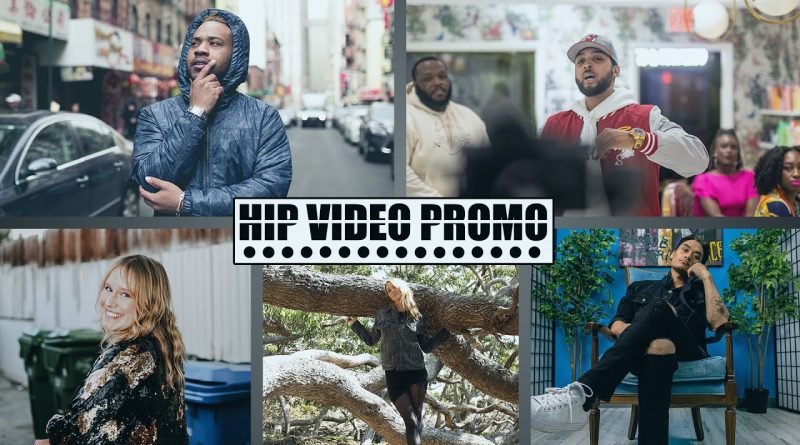 From the good to the bad, whether high-energy or laid back, we love when a talented independent artist paints a picture and tells a story with their music video. The latest HIP Picks – Weekly Client Roundup is here; take a look at the videos, and learn more about the clips by reading below. From the New Jersey hip-hop underground comes rapper Jameel Mason. Following the prior singles “Black Queens” and “This That”, he’s back with “Klaws.” On screen in the “Klaws” video (directed by G-Train Productions) and on the track itself, he’s joined by Bad Ash (who fans might remember from the “This That” video).

Michigan native Jen Fodor has held nearly every job in the entertainment business, from working alongside directors like Spike Jonze to creating her own podcast and being a kick-ass filmmaker. Her latest film, The Dancing Man of LA, follows Howard Mordoh, a Los Angeles concert regular known for spinning and turning to the music. “Front Row”, which features Nadia Vaeh, is dedicated to Mordoh, and its video (which Fodor directed) sees him in his perfect element while Vaeh gives a rocking live performance.

Born as Dashawn Rufus, Brooklyn rapper WHYYOUNGN’s debut EP First Ten Minutes is entirely him. Directed by Max Hilva, the “Hip-Hop Booty” video – which puts NYC itself on display – is truly self-explanatory. He’s got models with the nicest bodies, and both he – and the models – are ready to show it off.

Coming from Hilo, Hawaii, Kailee Spark is a natural wanderer. Her debut album, Savor This, produced by Kukuau Studio Curator and folk/jazz musician Bub Pratt, will be released June 26th. In her latest video for “Sparkle & Shine” (directed by Shelby Cude & Bub Pratt), she reminds us that life is what you make of it, and that you can always find good in the bad.

Pop-punk singer-songwriter Darro has written about his own health challenges – a brain tumor, emergency surgery, the resulting worries he’d never be the same – but now, he’s fully recovered. His latest single “Signing Out” builds on the success of the Songs Of Recovery full-length. He’s teamed up with prior director Mike Monto and filmmaker Andrew Froening for the “Signing Out” video, which perfectly captures the instability of Darro’s experience.