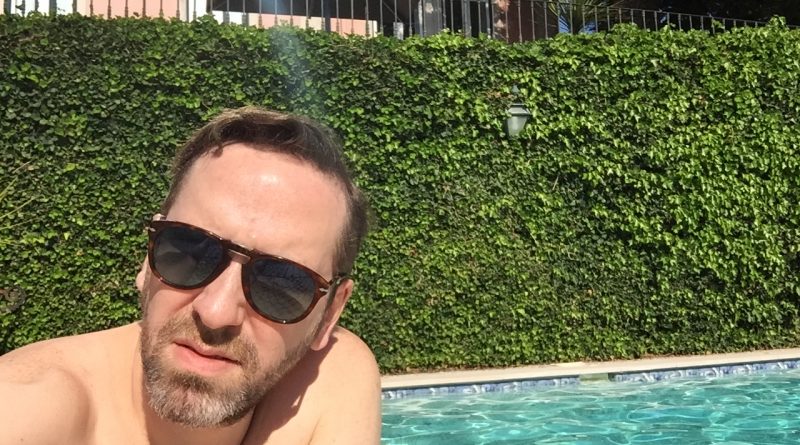 We’ve been fighting the good fight here at HIP Video Promo for nineteen years now, and no one can do that alone. Since HIP formed back in 2000, we’ve had the pleasure of working with some truly amazing, talented, hardworking people here at HIP HQ. Most of us come from a musical background, and many of our former HIPsters have gone on to continued success in the industry, whether that’s making music, working at a venue, working at a label, or any other avenue that they’ve chosen to take.

Our latest former HIPster spotlight is on James Wells. James worked at HIP from 2004-2005; he’s now the Executive Producer at Human Worldwide, the home of our current beloved client Triple Island! Below, James answered some questions for us about his memories of HIP and how he got to where he is today!

What are you up to these days?

Hey HIP Video family! James Dean Wells coming at you with a full schmooze press. I’m currently the Executive Producer of a music and sound shop called Human, which is just a hop skip and a jump from my old desk in South River. We focus on the advertising space, making original scores, music supervision and clearances, sound design, final mix and VO casting/record – essentially anything music and sound related for ads. (To be clear, Andy used to tell me I had a gift for schmooze, which I have since cultivated and refined to hopefully be less immediately detectable as schmooze upon first meeting. I guess I shouldn’t have lead with that. See, this is what happens when you leave HIP – you get all self-conscious and forget the real purpose, which is just fighting the good fight however it needs to be fought.)

What are the best aspects of your current position?

At Human, I get to make things, mostly music, with my friends everyday. I get to travel near and far to visit other colleagues in lovely cities who also make things. It’s a perfect balance of home and away, unlike my time traveling the countryside by Dodge Ram Conversion van shouting into a microphone 200 nights a year. I also get to work in an industry, and more specifically a company, where positivity and enthusiasm are rewarded with opportunity and recognition. And you can bet your ass a Scorpio-middle-child-from-a-broken-home like me needs recognition almost constantly. You can find all of the amazing work we do at www.HumanWorldWide.com.

It’s been said that in the entertainment industry, “experience is a hard teacher: she gives the test first, the lessons afterward”. What hard lessons have you learned to arrive where you are now?

Well, I think I’ve always done best when I’ve expected nothing more than a fair shot at doing the work. There have been times when my ego told me I deserved (previously mentioned) opportunities and/or recognition, and it’s always in those moments when I receive neither. Work hard, and be nice to people. To get the things you want in life, help others get the things they want. All that…

What do you remember best about your time working at HIP Video Promo?

HIP Video was my first job in the music industry, not including the shows I threw in my basement at 117 Louis Street in New Brunswick. It wasn’t the earliest days of HIP, but it was certainly earlier days than it is now. I remember Andy being such a gracious boss, even as he was still working out how to best manage not only a growing staff but also a client roster that was rapidly expanding in both size and prestige. We had family dinners and pretzel breaks and lessons on double coupon days! I built THOUSANDS of priority mail boxes with edges so perfectly aligned, tape seams so even, labels affixed with the most precise positioning you have ever seen – you would have thought a machine process orchestrated the whole thing.  Mostly, I just remember devouring music. This was the heyday of the early to mid oughts indie rock explosion, so every night I was at a show in NYC, with an all access stickie and an insatiable appetite for whomever was on the bill. I remember Andy brought me to my first CMJ Festival in 2003 or 2004 and I got to see Arcade Fire at Arlene’s Grocery (a 100 cap room) absolutely DESTROY the place before everyone knew what they were. The show was beyond capacity, but I got to sneak in and watch behind the bar because I made out with the bartender the night before. When you’re young, you make out with bartenders!

Who were some of the bands and artists you remember promoting?

As they come to me, and in no particular order –  it has literally been 15 years: Bright Eyes, The Faint, Death From Above 1979, I Can Make A Mess Like Nobody’s Business, Bloc Party, Hot Hot Heat, The Exit, Feeble Weiner, the band on Polyvinyl that was a married couple and I’m so embarrassed I can’t think of the name but I think it’s important to leave this in, because this, friends, is the ravages of time. These moments we once held so dear, atrophy as we turn away from them! Hold tight, young ones, to the fits of passion and overzealous fandom and 12 hour road trips to see bands you only kind of like! Who else? (Capture the) Moments in Grace, Rilo Kiley, Far, Of Montreal, The Shins, Death Cab For Cutie. There were too many amazing bands to remember….it was quite literally, by more than a few people’s estimation, the best time in modern rock music.

To learn more about Human Worldwide, head up to www.HumanWorldwide.com.