Someone Still Loves You Boris Yeltsin is Euro-tripping

Royal Bliss roars back into the music scene 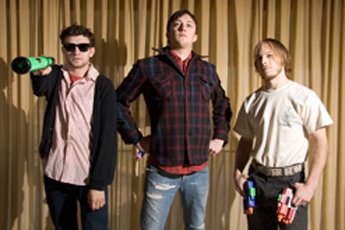 Someone Still Loves You Boris Yeltsin is Euro tripping, beginning in France and hitting up Italy, Germany, Austria, Sweden, Dennmark and Norway. That’s an exhausting list of countries, but we have faith that SSLBY can do it and not keel over in the middle. Here’s the tour dates.

And that’s not the only thing the band has been prepping for. On Sept. 19, SSLYBY put out a split 7″ with the outfit Puzzle. If you’re a vinyl freak, check it out here, on the SSLBY fan blog. While you’re there, be sure to click on the link to footage of them in concert in Asbury Park, N.J. The footage is professionally-put together, and enjoyable to watch.

SSLYBY has come a long way since their inception in a basement in Missouri. With their complex melodies spiked with a sense of fatalism and mystery, SSLYBY has inspired a large number of devoted fans.

The video for the single “Modern Mystery,” is located below. Love the sunglasses.