Someone Still Loves You Boris Yeltsin is Euro-tripping 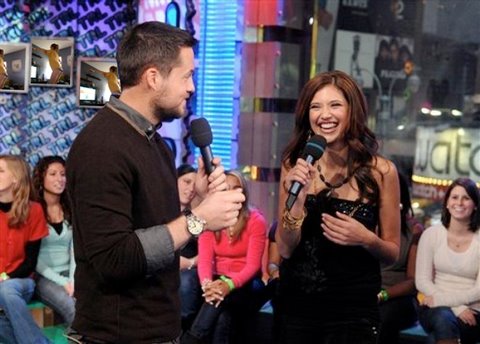 Since it turned its camera on squealing teens in the audience, MTV’s Total Requests Live has been one of the nation’s most-loved–and most-reviled–programs in television history. But whether you found it entertaining or irritating, the point is moot now.
On it’s 10-year anniversary in November the show will step down, and another show, FNMTV, hosted by Fall Out Boy’s Pete Wentz, will try filling TRL’s shoes.
The show’s producers have said that TRL isn’t going to be gone for good, and is only taking a hiatus, but they also haven’t elaborated on when the show is coming back on-air.
James Montgomery, an MTV staff writer, took a critical look at TRL’s legacy here, concluding that TRL was actually a You Tube prototype. It focused more on an audience and popular public opinion, and enforced that idea with polling.
In it’s heyday, while most TV programs spoke to audiences rather than included them (the internet having broken those rules a few years ago), TRL was, in fact, a revolutionary program, Montgomery said. So take that TRL haters. For all its faults, TRL was a democratic institution.