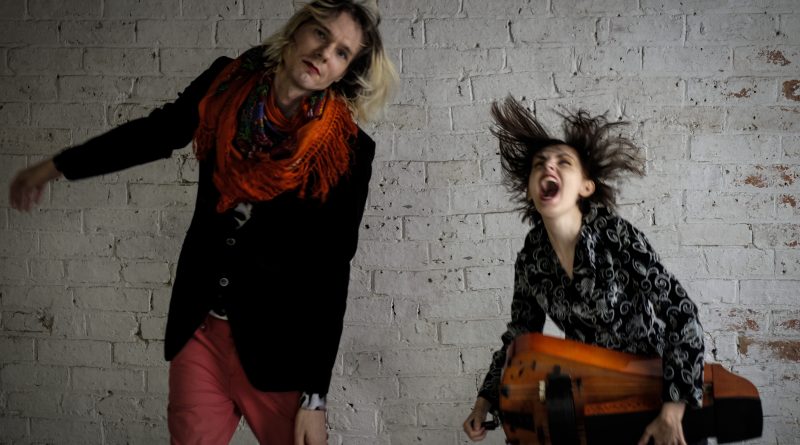 No matter your interest, you’ll always find compelling stories and engaging to topics to pick your brain on Medium, a site that feeds you quality content ad-free from thousands of independent voices. Therefore, it fits for tAngerineCat’s premiere of “Roses from Blood” to be featured on the site.

Check out the premiere on Medium.com HERE!

Right off the bat, “Roses from Blood” has an ominous start only to gradually build up to become more haunting, ending with a cliff hanger that makes fans question “what happens next?”.

With the hurdy-gurdy (a European string instrument) as their main focal point, tAngerinecAt matches a cutting-edge sound with a dark spell of post-punk, doom, and electro-rock. Consisting of Eugene Purpurovsky and Paul Chilton, tAngerinecAt originally formed in Ukraine and are now based in the UK. They have successfully released four albums as independent artists that have had airplay on BBC 2, BBC 3, and BBC 6. They’ve toured throughout Ukraine, the UK, and Russia and made appearances at Knockengorroch and Eden Festival.

“Roses from Blood” tells the story of Eugene’s personal struggle with childhood abuse, gender inequality, and being an immigrant from a poor post-colonial country. Though the music video is art, it is also a fierce message for the struggles of a “marginalized person to become visible and to show that they exist and declare their right to survive.” The video shows Eugene as an outcast, with a bleak stare or motionless covered in roses. As the concert setting plays, both Eugene and Paul play with wild abandon proving the intensity of their stage performance.