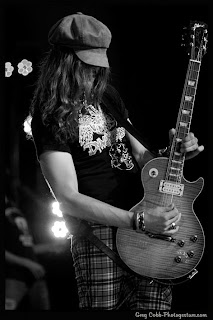 Tesla, who rocked screaming audiences in the 80s, is back! They’re rolling out a tour in support of their new album, Forever More. The album is a slamming display of everything they’re capable of–rocking riffs, intricate arrangement, technical superiority. Tesla isn’t a band that messes around. They’re coming back with a punch. The album will be released Oct. 7 to pomp and circumstance among fans of heavy metal everywhere.
Why did Tesla, a band who has rocked stages across the world for a very long time, decided to keep going, and not stop the music?
Guitarist Frank Hannon tries to explain in a press release on their Web site:
“We’re riding a wave of energy that doesn’t come easy for a band of rookies much less a band whose been doing this for over 20 years – and we wouldn’t have it any other way.”
Check out tour dates here.

Here’s the video for Tesla’s “I Wanna Live”: