Here’s what HIP clients have created during quarantine 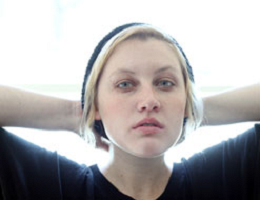 It takes a very special person to be able to bend genres around her style and still make it work. Sara Jaffe has an ever-expanding sound due to her diverse approach to songwriting and performance. What began as a folk-infused approach transitioned to a blend of electronic experimentation with a songwriting skill set that is second to none.
In 2010 we sat down with Jaffe to film a very special HIP Spotlight about her song “Clementine.” The cinematic music video was broken down by her Dallas friends, green screen levitation, and her favorite color yellow.

Check out the 2010 Sarah Jaffe HIP Spotlight below:

Jaffe is still making moves a decade later; from being featured on Billboard to Paste Magazine, she has plenty of upcoming shows throughout the United States. Check out her latest work “Lay Low” and “Bad Baby,” and reminisce on the most recent song we partnered with her on in 2015, “Vision.”