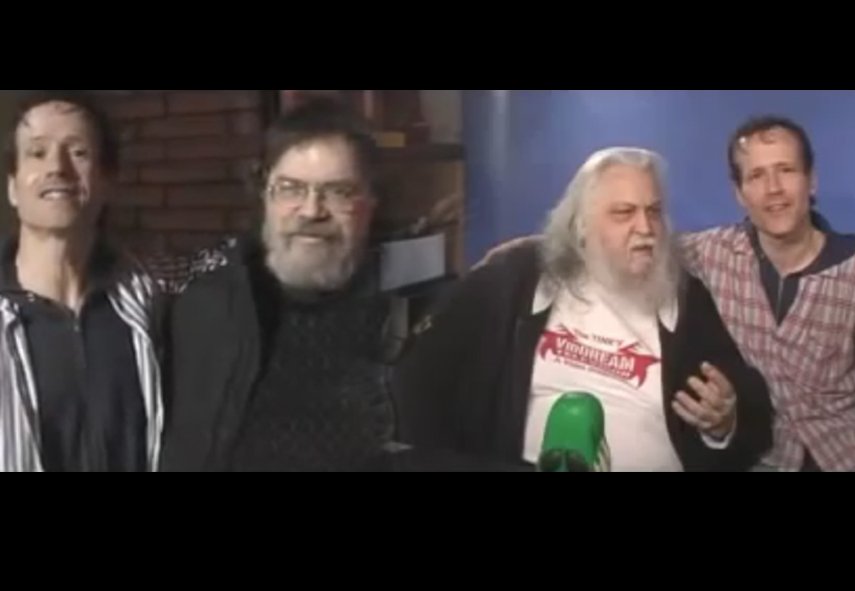 As we get closer to HIP Video Promo’s 20th birthday celebration on Monday, October 26th, we’re travelling back over thirteen years ago to March 2007. Today’s journey is nostalgic and a bit sadder as we acknowledge some cherished friends of HIP who are no longer with us. For many years, HIP owner and president Andy Gesner would take a trip around the country visiting TV programmers as part of his annual HIP Video Promo Tour. While on tour he would meet up with many of the cherished television programmers that supported our clients and schmooze together!

In 2007, after saying goodbye to the staff at HIP HQ, the fifth annual tour started with programmer Greg Ferguson at Power Play Music TV in Newark, NJ. Power Play Music TV started in 1984. By 2007, they had programmed about 30,000 videos in their 23 years. Andy and Greg talk about how music video making has become so much easier which has made their jobs a whole lot more interesting. Sadly, we lost our friend Greg in 2013 and we miss him dearly.

The first day of the 2007 tour continued with video programmer The Tink at VIDDream Television in Wilmington, Delaware. Andy and The Tink reminisced about the first time they worked together and marveled at how different the other side of the river is in Delaware. The Tink passed away in 2015 and this video captures the energy and enthusiasm that made him a legend in the music video programming world.

As we look back on our 20 years of fighting the good fight, going down memory lane has been quite the adventure, with its occasional bumps of sadness. We miss you, Tink and Greg, and know you’re in rock and roll heaven, living large and rocking out!