We miss live music, so here are some of our favorite live videos 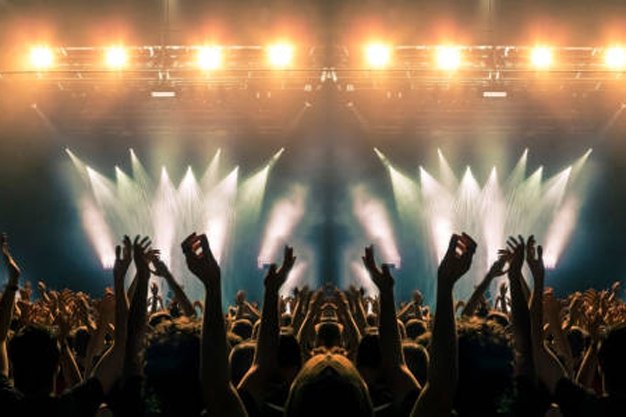 As music lovers, we can all agree on how sad the absence of live music is. It’s an escape from the rest of the world and its problems, as your favorite albums and favorite moments are brought to life with flashing lights and a room packed with people. Due to the ongoing pandemic, concerts are on pause. Countless tours and music festivals have been postponed or canceled, with crew members left unemployed. It’s something we’re all eager to get back to, and since there’s no telling when shows will be coming back, we’ve put together this list to help fill the void we’re all feeling.

First up on the list is The Dead Daisies with their video for “Make Some Noise -Live & Louder” from March 2017. The video is jam-packed with the kind of energy only live performances can create. The band performs in front of massive walls of flashing green screens, showcasing more footage from their performances. The Dead Daisies are a well-oiled machine, with their performance matching the song mean to be sung by crowds with the perfect video. It’s energetic, loud, and everything we miss about concerts.

Next up is The NaveBlues, with their videos for “Possess You” and “Sitting On Top Of The World” from October 2017. The concept of “Possess You” is quite simple. It takes place in a dark and empty performance space with The NaveBlues center stage. The room is then illuminated by blue and purple hazy light. The band is in their element in this video, and it puts the viewer right in the center of a concert venue. The second video, “Sitting On Top Of The World,” focuses on a famous ballerina as she practices in her dance hall. Each week a new musician comes in to witness her beautiful dancing and watch as inspiration pours from her. It’s another simple concept, but it’s beautifully done.


The next video comes from Makes My Blood Dance with their video for “Beaming Right Up” back in May of 2019. The video first takes place in a luxurious and luscious setting with red velvet everywhere. Dressed in a dashing suit paired with some heavy eyeliner, Makes My Blood Dance is just getting the party started. The clip then spins into a hazy bar performance, weaving in and out of the two scenes until they begin to morph into one. It’s edgy and cool and what you would expect from this killer band.


Another video to help fill the live music void comes from An Old Friend and their video for “Nesting” from November 2019. This video shows the punky band in the garage of a run-down house in the country side. As our main character goes through the house, he discovers a strange being wearing a black cloak and a featureless white mask. He follows the black-cloaked stranger through the house and then eventually out onto the house grounds just to be surrounded by more masked figures. All the while, An Old Friend continue their performance in the dingy garage. It’s a heart-pumping and exhilarating video that will definitely leave you with chills.


Next up on our list is John Paciga with his video for “No One Else” from March 2020. Here, John takes the lead as both star and director. It starts with John sleeping late when a frantic Lexi calls him and rushes him over to their performance. While the chaos of trying to get there in time ensues, the clips flashback to their rehearsal where the two of them belt it out on the piano. It’s the classic case of an overslept musician and the angst of whether he’ll make the performance or not. The only way to find out the answer is to keep on watching.


The last video on our list is Jekalyn Carr and her video for “Changing Your Story” in June 2020. This gospel queen perfectly encapsulates the feeling of being at a concert with this video. The energy coming off the screen is something powerful and something that hasn’t been felt since last March. Every note and beat of the music is felt and hits hard every single time. As the music grows, the powerful vocals of Jekalyn and her background singers reach new heights. It’s a song and video you feel in your chest, and it puts you right in the middle of that venue with Jekalyn. That’s the power of her voice and the power of live music. Hopefully, we’ll be back there again sometime soon.