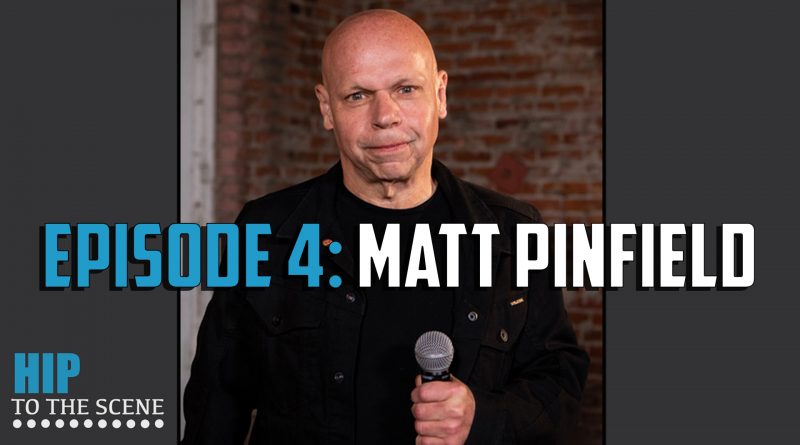 Matt Pinfield is our guest today on HIP To The Scene to share his vast knowledge and answer the question: “What does the future of rock and roll look like in 2021?”

When entering the music industry, there are a couple of names you should instantly be familiar with. One of those names is our guest today, Matt Pinfield.

Matt is a fellow NJ musical kindred spirit, and we’re thrilled to have him as a guest on HIP To The Scene. Matt’s first taste of the limelight happened in the early eighties when he was a DJ and Music Director at WRSU-FM in New Brunswick, NJ. He then began a long tenure as the beloved main DJ at The Melody Bar in New Brunswick. From there, he went on to be the voice everyone listened to on WHTG-FM, better known at the time as “Modern Rock at the Jersey Shore.” As his star continued to shine brighter and brighter, he began his long and successful career at MTV as the host of 120 Minutes, along with many other high-profile assignments on the channel. Over the years, Matt has interviewed the biggest stars in rock and roll.

In 2001, Matt became the Vice President of A&R and Artist Development at Columbia Records. His book All These Things That I’ve Done: My Insane Improbable Rock Life has been a steady bestseller since its release and became a bestseller last summer in paperback. He then moved on to WXRK (“K-Rock”) and WRXP in New York, KFOG in San Francisco, SiriusXM, and VH1. Matt hosts a YouTube podcast, In a Lonely Place. In April 2021, he celebrated ten years of his nationally syndicated weekly radio show Flashback, covering classic rock history on more than a hundred FM stations in North America and parts of Europe. This year, he became the radio host of New And Approved, a two-hour show on KLOS in Los Angeles on Sunday nights, programming the best new rock and roll, as well as interviewing the biggest names in the rock world.

HIP To The Scene, a web series and podcast, brings you in-depth conversations with industry professionals, arts advocates, and music business veterans who’ve devoted their lives to helping independent artists realize their dreams. On HIP To The Scene, we’re giving you the straight scoop: frank discussions with those who’ve been fighting the good fight on artists’ behalf.

Our fourth episode features a conversation with Matt Pinfield, a longtime legend in rock radio who has interviewed many of the biggest names in the rock world! Matt and I have been friends for many decades, and I’m thrilled to have him as our guest on HIP To The Scene today!

The question: “What does the future of rock and roll look like in 2021?” If you love rock music as much as all of us here at HIP, you’re going to want to hear what Matt has to say.

Please subscribe to see new episodes throughout the remainder of 2021. We promise to share with you more great guests that are truly HIP To The Scene!

These conversations are guided by HIP Video Promo principal and founder Andy Gesner, whose charming, encouraging, relentlessly positive personality is the animating spirit behind the company. As all of our clients (past and present!) know well, Andy is a genial host dedicated to helping independent artists tell their stories. Before he founded HIP, he was deeply immersed in New Jersey independent music: promoting shows at legendary venues, assisting in developing local artists, and playing bass with Spiral Jetty, one of the cornerstone bands of the ’80s independent boom in the Garden State. Andy has plenty of his own tales to tell and his own unique perspective on the industry, and you can expect him to challenge his guests and prompt them to share insights you simply won’t encounter anywhere else.