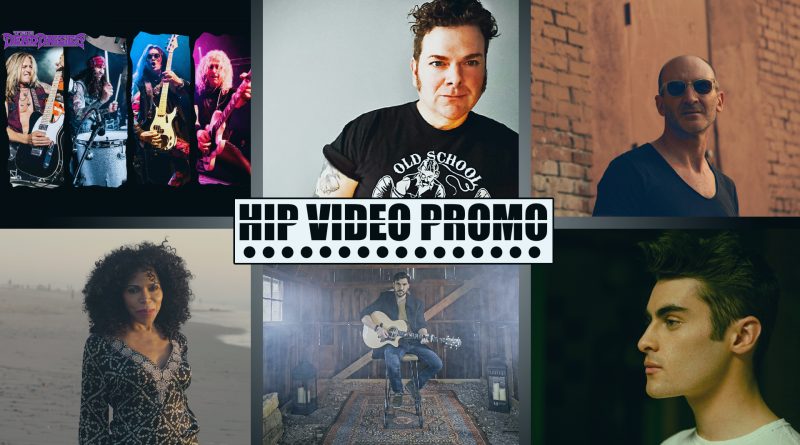 New This Week: “Like No Other” music video from The Dead Daisies, plus new music videos from Eddie Cohn, Face2Face America, T.A. Parker, Greg Hoy, and Sharon Hendrix

Whether you prefer rock, pop, or something else entirely, there’s no denying that a great music video can not only tell a story but make you feel something. The latest HIP Picks – Weekly Client Roundup is here; take a look at the videos, and learn more about the clips by reading below. “Like No Other” Music Video: The Dead Daisies (Rock)

The current roster of The Dead Daisies features guitarist Doug Aldrich (Whitesnake, Dio), drummer Tommy Clufetos (Black Sabbath, Ozzy Osbourne, Alice Cooper), bassist and singer Glenn Hughes (Deep Purple, Black Country Communion), and rhythm guitarist David Lowy (Red Phoenix, Mink). The Daisies have topped charts and received plenty of airplay, not to mention released a mobile game, Daisys Revenge. Now they’re back with “Like No Other”, a single already lauded by Ultimate Classic Rock. The “Like No Other” music video (directed by Creative Works London) is a sequel to past clip “Bustle And Flow”.

Eddie Cohn is a singer, a writer, a producer, a DJ, a podcaster, a dreamer, a teacher of yoga – but it’s probably best to say that he’s in the business of illumination. In the new clip and track “Animals” (directed by Leslie Andrew Ridings), he makes the familiar Los Angeles skyline look utterly novel. Written in response to the tension in Los Angeles during the George Floyd protests, and Ridings and Cohn have captured that sense of destabilization in their video.

Face2Face America is a non-profit organization dedicated to raising consciousness about COVID-19 vaccines, dispelling misconceptions about their dangers, and bringing Americans back into physical contact with each other as soon as possible. Fully in-tune with the masses, Face2Face founder Marc Benjamin (who’s both a songwriter and a healthcare industry professional) is connected with the world the way he knows best: through song. “Face2Face”, composed with co-producer Valentin and featuring singer Spencer Grimm, brings F2FA’s mission to music. The “Face2Face” video (directed by Drew Wilbur) is an artistic take on the song and theme, showing a young couple who struggle to connect with each other.

Originally from El Salvado and now living in Indianapolis, the bilingual (Spanish and English) rocker T.A. Parker took a break from creating after becoming a doctor. But recently this singer/songwriter was moved to once again pick up the pen and guitar. “Endless” is his first official single; its video (directed by Rafia Garcia and starring T.A.’s song) reminds us that time is short and that we can’t wait until it’s too late to make things happen.

Greg Hoy is the type of independent artist that’s right at home on stage; his latest album Cacophony has the feel of a live show. Defying the gloom of the pandemic, he played an outdoor set at the Winters Tavern in Pacifica, Calif. in February. The “Move Along” music video (directed by Greg Hoy and Rose Roberts) celebrates not just Winters Tavern but the beauty of independent venues, and how important they are to the community.

From touring with Barry Manilow, Tom Jones, and Elton John, to singing on Bob Dylan’s albums and singing a duet with Billy Preston, Sharon Hendrix is confidently stepping in to her own dream. Known for doing the most for her community – like performing for the Santa Barbara Unity Church and for the St. Charles Borromeo Holy Family December Telethon for the homeless – after a long period of self-reflection and re-structuring, Hendrix is releasing the graceful and romantic “River Run” music video. Directed by Jacob Hauenstein, this clip is especially buoyant, from the gleaming sun on the beach to Hendrix’s uplifting lyrics about her significant other.