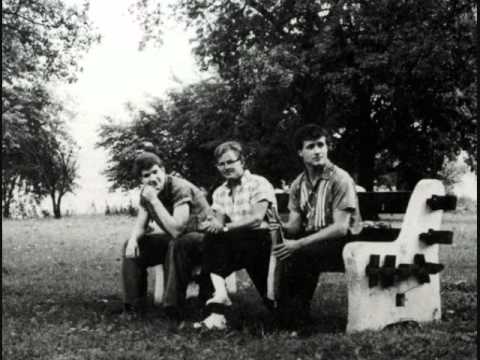 Way before HIP Video Promo was even a thought, owner and president, Andy Gesner, was occupying himself with other hobbies. Ironically, these hobbies were on the opposite side of the business as HIP – the performance and composition side. That’s right: Andy has been in a band since 1980. The band name, Spiral Jetty, was inspired by the earthwork sculpture by Robert Smithson in Utah’s Great Salt Lake.

Besides Gesner on bass, harmonica, and backing vocals, Spiral Jetty is comprised of Adam Potkay on guitar and lead vocal and David Reynolds on drums. They began in and found Central Jersey to be their headquarters throughout their career. They released their debut EP in 1984 titled, Tour of Homes with three more albums following in the next eight years.

Spiral Jetty is still performing regularly. Check out a video of them rocking out at Jersey City’s Monty Hall on May 4 of this year!

Their next show will be at Union Pool in Brooklyn Wednesday, August 28. They will be supported by other local acts such as 100 Year Party Court and Kleenex Girl Wonder (Solo). Tickets can be found here. Doors are at 8 PM, and the show is 21+.