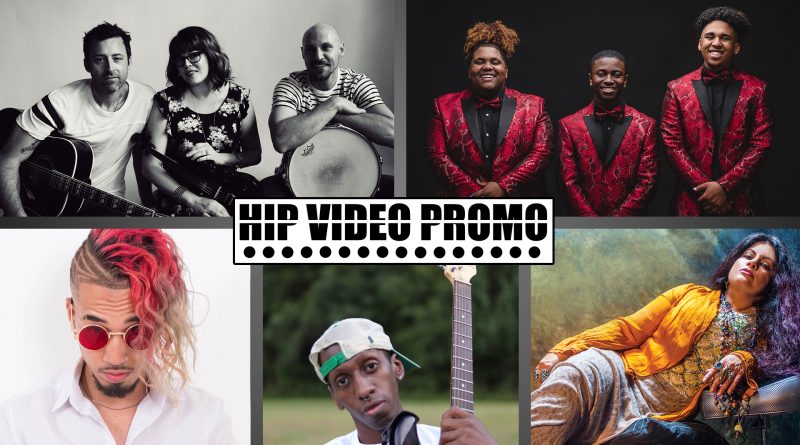 Happiness, love, and good vibes are the themes this week – and that extends across many genres of music. Here’s our latest HIP Picks – Weekly Client Roundup- take a look at the videos above, and learn more about each clip by clicking on the links below.

For years, New Jersey combo Owls & Lions have been demonstrating that a wedding band can have an original sound and an original approach – and play original material, too. “God Bless You & Protect You”, from their new EP There’s A Light, is pure inspiration. The video (which is directed by guitarist Jay Della Valle) is inspired by the effective time-shifting on the TV show This Is Us; here, violin player Nicole DeLoi flashes back to sweet childhood moments shared with her father (played by Della Valle; DeLoi’s daughter plays the young Nicole).

JTruthPA is a 26-year-old Philadelphia native that loves creating pop and hip-hop music with EDM, funk, and disco vibes which he’s calling “Melodic Trap.” “Sunflower” (Never Satisfied Entertainment LLC./Bungalow Records/Universal Music Group) is a perfect example of his lyricism and energetic flow. Directed by Gemineye Vision & Willy P.Visuals, the video shows a perfect summer day, where JTruthPA spends the day exploring the city, hanging with his crew, and spending plenty of quality time with his girl.

Swiss pop-rock trio Sonic Rade are making waves with their melancholic yet high-energy brand of rock. Their 2016 sophomore album Sideways was selected for the First Round Ballot nominations for the 59th Annual Grammy Awards in the categories of Best Rock Album, Best Rock Song, Best Rock Performance, and Producer of the Year (Non-Classical), and they’ve received international radio play and recognition. They’ve now followed up Sideways with Sonic Rade, and are sharing the clip for “Lost Identity.”  It’s a mysterious clip where plenty is in shadow, but even when we see the band member’s faces, the instrumentals provide a haunting atmosphere, all this with a reminiscent of a Bowiesque-Bond theme, making the viewer wonder… “who am I?”.

Blending modern R&B smoothness with classic Motown vibes, High Key are LA’s hottest new soul trio and they’re ready to take over. TJ, Zay, and Dre met at Fernando Pullum Performing Arts Center, a west coast hotbed of talent that’s seen its students go on to win Grammys, perform around the world, and share stages with icons too numerous to name. Directed by Local Astronauts, their latest, “Ain’t Cool No More” is a sweet track where the three talented voices work together to make love cool once more.

Sayed Sabrina describes her music as “Real Living Breathing Music”, and there’s no better way to describe her force-of-nature voice. Her new record Thou Art That features the talents of Bobby Watson (Rufus, Michael Jackson), Sarah Morrow (Dr. John, Ray Charles), Gary Herbig (Elvis, Tower of Power), Carlos De La Paz (Cid, Mandrels), and Bryan Head (Dick Dale, Roger Hodgson). The clip for “Goodie Two Shoes” was largely filmed in studio, but this isn’t all business: Sayed Sabrina works hard, but she knows how to let loose and have a little fun, too.