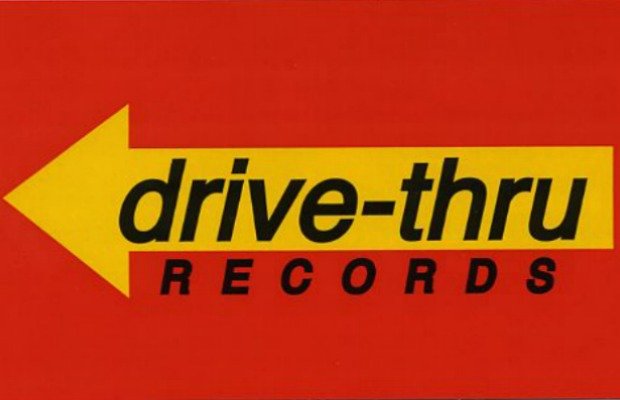 Over the last 20 years, HIP Video Promo has had the greatest pleasure of working with some of the most outstanding and iconic record companies within the music industry. Every Tuesday, we’ll go down memory lane and talking about some of our favorite record labels we’ve worked with in the past. For this Record Label Tuesday, we’re continuing with the fantastic Drive-Thru Records.

Drive-Thru Records was an American independent record label founded in California by Richard Reines and Stephanie Reines in 1996. They specialized in pop-punk, emo, indie-rock, and post-hardcore. They helped grow and popularize the emo/ pop-punk music scene in the early-to-mid 2000s. Like many independent record labels, Drive-Thru had some financial struggles, mostly with getting their bands’ music into stores. Due to that, they signed a publishing deal with MCA/ Universal. After that, MCA was dissolved and then became Geffen Records. With that came the ownership of basically whatever Drive-Thru band they wanted. They got sucked in again when the Universal deal ended and signed a different contact with another independent label, Sanctuary Records. But then they hit the edge of bankruptcy and sold their assets back. Drive-Thru was stuck in the middle of that deal. Finally, in 2008, after all of the back and forth, Richard and Stephanie decided to concentrate only on artist management, and Drive-Thru has been on a permanent hiatus ever since.

Throughout the years, Drive-Thru Records has had its share of amazingly talented artists, and we’ve had the pleasure of being able to work with some of them here at HIP Video Promo.

In 2005, HIP Video Promo had the chance to work with I Can Make A Mess Like Nobody’s Business. The Early November frontman and Hammonton, NJ local Arthur “Ace” Enders has made quite the name for himself in the emo world. His songwriting in I Can Make A Mess Like Nobody’s Business and The Early November have put him on the stage at the Vans Warped Tour and has received immense love for his debut album Room’s Too Cold back in 2003. He pushes the boundaries even more with this band by adding full-on string sections and even some beatbox. In February 2005, we promoted their video for “The Best Happiness Money Can Buy”. The video shows the band in a sixties-looking television program, surrounded by the beautiful California landscape, all while singing the melancholy words – what you should expect from an emo/ pop-punk video. The guys are seen poking fun and having a friendly game of poker with the occasional yelling. It’s serene and all in good fun.

Another Drive-Thru artist we’ve had the chance to work with is The Early November. Another one of Ace Enders’s musical masterpieces. The Early November breaks the mold for what punk records are supposed to sound like. The strings make another appearance in this band’s sound, and so does the use of electric piano. Their Room’s Too Cold album became one of the most esteemed albums in Drive-Thru’s catalog. In October 2005, we promoted their video for “The Mountain Range In My Living Room,” a real concert favorite and what made their album so critically acclaimed. The video takes to a suburban home where we follow the storyline of a young woman in a black dress. The band stands out in technicolor as she wanders through the house in black. Once she reaches the living room, the people in the framed portraits on the wall start saying some not-so-nice things to her. Not only did we work with them on this fan favorite, but we also got the chance to work with them a couple more times.

We also worked with The Early November on “Something That Produces Results” in December 2005. In this video, we take a step from the contrasting colors and enter into a world of pulsating energy. The video starts simply with the band on stage getting ready to perform with Enders lost in an unusual trance. But this audience, for some reason, is very flat and appear to be cardboard cutouts. The club soon becomes a blurred checkerboard and then taken on a tilt-a-while ride. The video is dizzying and energetic and something you’ll definitely want to watch.

The last The Early November video we got to help out on was the “Hair” video back in July 2006. In this last video, we take a trip back to the suburban ’50s theme. We follow this man with his slicked-back black hair and charm as he walks by people on the street. Once he gets to his small hometown, though, all of that goes away. It all becomes too much, and the mask he’s created for himself starts to crack. It’s a visually stunning video and just as entertaining with the unexpected synchronized dancing you probably won’t find in any other indie rock video.

The next Drive-Thru artist we’ve gotten to work with is The Starting Line. This emo-pop band has also gained a huge following. This Pennsylvania quartet makes us all want to experience that love at first sight kind of love. Their debut album Say It Like You Mean It sold 300,00 copies back in 2002 and reached the number one spot on the Billboard Heatseekers chart. The Startling Line was stuck in the crossfire when Drive-Thru Records got sucked under Geffen Records. Thus, the band requested to be released from their label and re-signed with Virgin Records back in 2007. In May 2005, HIP promoted their video for “Bedroom Talk”. The video plays out like a teen-movie we never want to see. It’s a chase for sex as Vasoli searches for this girl and the sense of claustrophobia is strong. The party is too full, and the walls are just closing in. Finally, after the chase and the chaos, Valosi finds the girl and is lost under a golden sheet over their bodies. This video finds the perfect combination of excitement and bewilderment.

Up next on our list of Drive-Thru artists we’ve gotten to work with is Halifax. In 2006 their album The Inevitability Of A Strange World was called the most anticipated records of that year by Alternative Press, and they were spot on. As soon as the album was released, it claimed the #1 spot in the Billboard HeatSeekers chart. This non-stop touring machine knocked the punk rock world off its feet. In July 2006, HIP promoted their video for “Our Revolution” the lead single off their rockin’ album. This video is all about the excitement this band gives off. The band performs in a giant warehouse as their model audience tries to grab them. It’s sweaty, crowded, and chaotic. It’s exactly what you expect from a punk rock video.

Another Drive-Thru artist we’ve gotten to work with is Self Against City. Like they’re fellow labelmates, Self Against City hold tight song construction, high energy performances, and lush guitar sounds. They’ve appeared in the 2007 SXSW Music Festival alongside The Early November in Austin, TX. In March 2007, we promoted their video for “Becoming A Monster”. In this video, we’re stuck in a depressing corporate office with institutional green walls and furniture that looks like it’s from the 70s. But then the mood picks up when a plug is shoved into an over burned socket. Sprinklers are triggered, water covering everything in its path, and then lead singer Jonathan Michael and his desk starts to creep his way to the camera. The fourth wall is broken, and the video takes the streets with the band’s live performances throughout. We go through the streets and then into a bedroom and then finally back in the office. It’s a rollercoaster of a video that you’re going to want to be buckled in tight for.

We’re honored to have worked with pop-punk legends New Found Glory. This band has always put the punk in pop with everything they’ve done. Back in the day, they were known for turning pop songs like Justin Timberlake’s “Cry Me a River” and giving it that pop-punk twist, but they always appreciated the pop and tried to keep it in as much as possible. While they may seem heavy on the guitars, it’s always been about melodies with this band. They’ve had several charts this, so many albums that have become absolute punk classics. With two of their albums in the Billboard chart top 5, they’ve essentially become one of the nation’s favorite pop-punk bands of all time. In October 2007, HIP promoted their video for “Kiss Me” off their From The Screen To The Stereo, Volume 2 album. This album featured pop-punk favorites like Patrick Stump from Fall Out Boy and Adam Lazzara from Taking Back Sunday. The video is as happy and carefree as it gets with young people building a stage and outdoor fortress with mattresses. NFG play as the kids have fun, and one keeps count of all the girls he’s kissed. There’s even a cameo of Paramore! It’s all the best things of pop-punk wrapped up in a beautiful bow.

Despite the cluster mess of contracts and greedy labels, Drive-Thru Records has released some of the best pop-punk, punk rock, and emo artists there ever was. They were a staple in creating the emo and pop-punk music scene in the mid-2000s, and so many of their albums have had massive success. Although they’re on hiatus, we can’t help but wonder if they’ll ever make a comeback and, if so, what they have in store for us all. Until then, we’ll just have to settle for our Emo Nite playlists. It’s no wonder why they’re one of the best record labels in the music industry.