What is OTT? And why should I care? (with Rob Schwartz) – HIP To The Scene Ep. 3 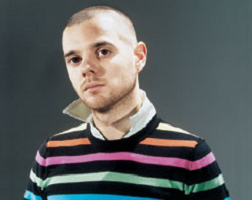 Here at HIP Video Promo, we’ve been working hard to promote music videos since 2000. It’s important for us to help younger and independent artists get the recognition they deserve. It’s exciting to be on the ground floor with artists that become household names (and with over 3500 videos under our belts in 20 years, there are quite a few). Every Friday, we’ll be sharing a “Flashback Friday” video, where we get to reflect on one of our favorite videos from a few years ago.

The year 2004 was HIP’s introduction to The Streets when we promoted their “Fit But You Know It” music video. The clip paralleled the release of their highly anticipated new CD, Original Pirate Material. Skinner’s on vacation, away from his girlfriend, finding it impossible to keep from scoping an attractive woman. His distractions get him into trouble, and he finds himself quarreling with a group of aggravated men. Even his photographs come to life as animated memories!

A few months later, we worked on “Dry Your Eyes” in August of 2004. The music video emphasizes Skinner’s sensitive and vulnerable side; he’s portrayed in a baby blue sweater with his pet bulldog and alone in public after hours. The fluorescent lights guide him through the lonely spaces like the laundromat, movie theatre, and football stadium. A man who is usually full of a thousand words is almost speechless.

Soon after, we moved onto The Streets’ music video “Blinded By The Lights”. Skinner, in trademark fashion, embodies his character to a tee. Whether he’s sloppily intoxicated, drugged out in the bathroom, or being beaten to a pulp in the middle of a wedding reception, Skinner never falls out of character. He’s so inebriated that he swears he sees his girlfriend kissing his roommate, which might be true because Skinner always misses them in action. The cheating scenes could be real or just his imagination; either way, he won’t be conscious enough at the end of the night to figure it out.

Two years later, we’re onto “When You Wasn’t Famous” in March of 2006. Skinner checks himself into rehab, in a comedic manner, and complains about how easy (and hard) it is to get girls when you’re famous. He tries to pick up a girl he recognizes from a commercial and the receptionist; when that fails, Skinner makes the autonomous decision to check himself out of rehab with the help of a friend who arrives with a getaway car. Where are they headed to? We don’t know, but surely to a place where Skinner can work his magic on other women.

The last music video we promoted for The Streets was “Never Went To Church” in July of 2006. This clip differs from their past ones; Skinner’s approach is a black and white introspection. He’s in a near-empty railcar as the train rolls through the countryside. He stares longingly out of the window and finally arrives at his destination, a church. Yet he never enters it; he sits comfortably outside and doesn’t address the camera; it’s as if he’s saying a prayer out loud, and we’re just there to hear it.

It’s been a long time since we’ve worked with The Streets, but that doesn’t mean we don’t keep up with them! The band said goodbye to their Mike Skinner in 2011, but a simple Instagram post in October of 2017 was enough to spark a frenzy and build anticipation for future plans. After confirmation, Skinner has promised a striking comeback with The Streets, including a tour, film, and album in 2021. In 2020, The Streets released “I Wish You Loved You As Much As You Love Him (ft. Greentea Peng).”

In bouncy greenscreen manner, Skinner, Peng, and Domae’ O bop around in various parts of the neighborhood. Skinner even created the video himself using his new skills acquired during quarantine. He keeps it serious, with references to the recent Black Lives Matter protests, while still including his humorous flare with random internet memes. We never know what to expect from The Streets, but we are always pleasantly surprised every time a new video is released.