Flashback Friday: We Were Promised Jetpacks

Looking back: Trent Reznor on Johnny Cash’s cover of “Hurt” 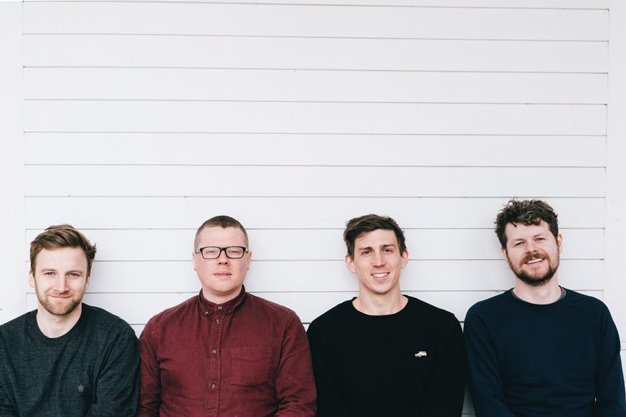 In their nearly two decade-long career, We Were Promised Jetpacks have become a beloved favorite in the indie-rock world. Originally formed in Edinburgh, Scottland in 2003, they relocated to Glasgow for its opportunities for proper gigs. After supporting Frightened Rabbit on a UK tour in 2008, they then joined FR and The Twilight Sad for an American Tour. The following summer, they released their debut album These Four Walls on Fat Cat Records, which they performed in full at King Tut’s, a popular Glasgow venue.

In the summer of 2009, following the released of their debut album These Four Walls on Fat Car Records, we worked with WWPJ to promote their “Roll Up Your Sleeves” video. Scottish filmmaker and animator Mark Charlton created a visual that’s a collage of live-action clips and animated colors and shapes. We were thrilled to see its continued success: the “Roll Up Your Sleeves” video has become one of the most-viewed videos on our YouTube channel, with over 43k views to date!

Two years later, in the fall of 2011, WWPJ had crossed over to the US with a tour alongside Jimmy Eat World and praised by everyone from Pitchfork to AbsolutePunk to NME and many others in between. This time around, we promoted the video for “Medicine”, the leading single from their album In The Pit Of the Stomach. In contrast to “Roll Up Your Sleeves”, this one follows a narrative approach. It’s a dark and brooding take on anime or perhaps something from the Fallout game series universe, as a nerdy college student finds his lunchtime interrupted by a villainous girl dressed in homemade riot gear.

Later in the fall of 2011, we shared one more video from WWPJ, the clip for “Human Error”. This one follows a group of young people through a night out, for a story that’s both sincere and horrifying. Is there a deeper meaning going on here? The video is sure to have you transfixed and captivated, begging you to find out just what it is they’re trying to say.

Most recently, WWPJ changed labels to Big Scary Monsters, and released The More I Sleep The Less I Dream in 2018. This marked a new chapter for the band, and we have a feeling that things will only continue to improve! Check out their website, WeWerePromisedJetpacks.co.uk.