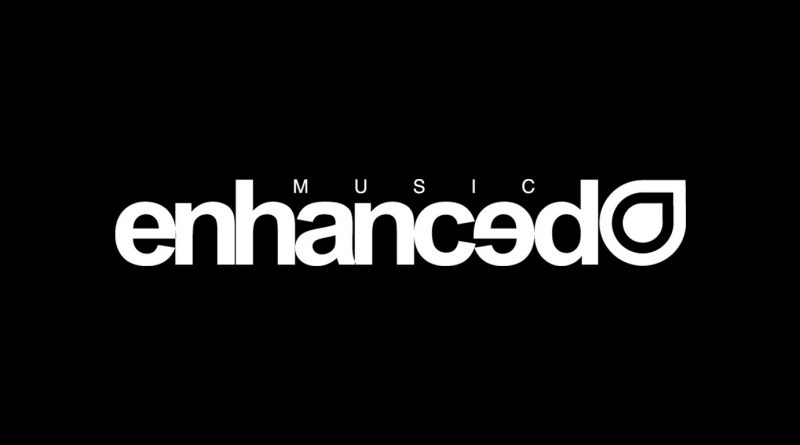 Over the last 20 years, HIP Video Promo has enjoyed working with some of the most outstanding and iconic record companies in the music industry. Every Tuesday, we’ll go down memory lane and talk about some of our favorite record labels we’ve worked with in the past. On this Record Label Tuesday, we’re continuing with the fantastic Enhanced Recordings.

Enhanced Recordings is a British record label owned by Enhanced Music and was founded in 2008 by Will Holland. Enhanced Recordings wasted no time and went headfirst into business. Throughout the years, Enhanced Recordings have had their share of amazingly talented artists, and we’ve had the pleasure of being able to promote some of them here at HIP Video Promo. An artist we’ve gotten to work with closely is Tritonal.

Tritonal first came into the spotlight in 2012 with their debut album Piercing the Quiet, and it’s been an intense rollercoaster ride ever since. This dynamic DJ duo of Chad Cisneros and Dave Reed have become household names at some of the biggest EDM festivals, including Electric Daisy Carnival, Ultra Music Festival, and Escape From Wonderland. On top of that, Now Or Never charted in the top five of Billboard’s Dance Airplay. In November of 2014, HIP Video Promo promoted their video for “Anchor.” We’re dropped on a deserted beach with a man and a message in a bottle. As he wakes up and sees the message, he knows exactly what he needs to do: find his anchor. With the flashing image of happier and simpler times, our guy never loses sight of finding his way back. It’s vivid and inspiring, and some of the best storytelling you can get with a music video.

The second Tritonal video we promoted was the “GAMMA GAMMA” video in September 2015. By then, Tritonal had two million streams on Spotify and plenty of remixes by other artists. The video matches tribal vocals with a tribal aesthetic. A trio goes backpacking through a tropical forest trying to find their own private oasis, but they soon run into a group of Natives who at first aren’t so welcoming. The music acts as a translator, and the cultural tension is lost. Talk about a captivating video!

Next, we promoted Tritonal’s “Blackout” video in February of 2016. This video is another captivating one, this time with a more emotional twist. This time instead of being in the forest, we’re in the middle of an unknown city street. It shows two souls coming together, a girl escaping an abusive home life and a boy who is eager to connect with her and their shared secret. It’s the feeling of never feeling alone again- something we can all relate to.

The following year, in March 2017, HIP worked with Tritonal on their video for “Strangers”. The “Strangers” video features dancer Lil Buck as he moves to the music. His dancing gets more condensed as the room around him caves in. It’s intimate, it’s raw, and it’s a journey, unlike any other. By this time, Tritonal had already surpassed 100 million streams on Spotify and developed a hardcore, devoted fanbase. With that also came collaborations with fellow EDM artists like The Chainsmokers and Cash Cash. In December 2017, we promoted their video for “Call Me”. The video opens up at a house party where young love is underway. The boy was gone as fast as he’d come into her life, but every memory is branded on her brain. Just when she thinks there’s no fixing it, he’s behind her waiting to start over.

The next Tritonal video we promoted was the “Love U Right” video featuring Lourdiz in August of 2018. With this video comes a slight twist and shift in their sound. It stars another couple going through a rough breakup and an even quicker goodbye. It’s about heartache and lost love but grasping onto those memories. It’s the aftermath of the breakup and having to go through life alone, a feeling of awkwardness and anxiety we all have experienced.

Most recently, in April 2019, we worked with Tritonal for “Hard Pass” featuring Ryann and “Diamonds” featuring Rosie Darling. Both videos take place in the bustling city of Los Angeles feature their female lead vocalists. In the video, both girls defy gravity as one floats through the sky, and the other walks around the rooftop of an extremely high building. If you’re scared of heights, be wary of these videos. The shots are crisp as both girls unveil a magical side to the city and tell each story with passion and maybe a hint of danger.

One more Enhanced Music artist we’ve worked with is BRKLYN. This EDM powerhouse has never been afraid of pushing the envelope and trying new things. Just from looking at them, you notice a pink mohawk and know you’re onto something exciting. BRKLYN are on constant rotation on Sirius XM and have had club residencies in Las Vegas, San Diego, and Los Angeles. In December 2017, HIP Video Promo promoted their video for “I’m On Somethin'” featuring Jocelyn Alice. In this video, we travel to the back roads of California and a party under the sun. The BRKLYN boys bring the party with them and as soon as they arrive everyone starts dancing. The night ends when the party moves to the rooftops, showing an endless skyline and an endless sunset. This video will definitely make you miss the warmer weather.

In its 12 years of business, Enhanced Recordings has wasted zero time when it comes to producing some massive hits. Artists on their extremely impressive roster have made names for themselves in and out of the EDM world. The amount of success they’ve had in such a short time is almost unbelievable, and they’re proving everybody wrong. It’s no wonder why they’re one of the best record labels in the music industry.