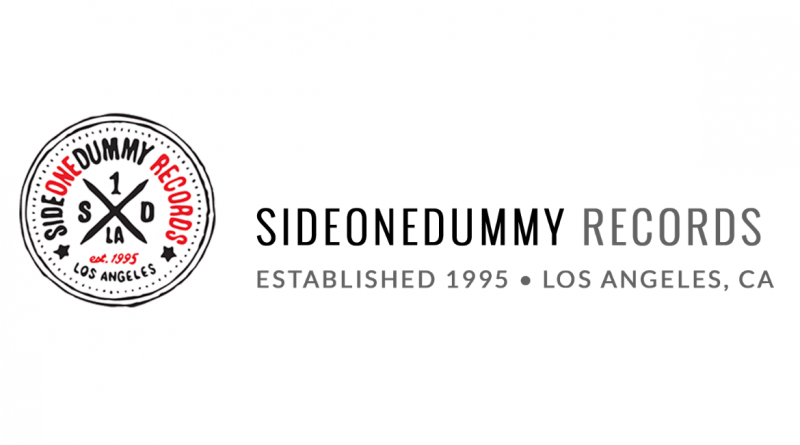 Over the last 21 years, HIP Video Promo has enjoyed working with some of the most outstanding and iconic record companies within the music industry. Every Tuesday, we’ll go down memory lane and talk about some of our favorite record labels we’ve worked with in the past. On this Record Label Tuesday, we’re continuing with SideOne Dummy Records. SideOne Dummy records is an independent record label based out of Los Angeles. It was founded by Joe Sib and Bill Armstrong in 1995. They specialize in alternative rock and punk rock. The label got its start as a way for Bill and Joe to release music for their friends’ bands. They’ve launched the careers of bands like Title Fight, The Sounds, and Broadway Calls. They also released the annual compilation albums from the Vans Warped Tour. Since 1998, they’ve been launching careers left and right, and we couldn’t be more honored to have worked with them.

Throughout the years, SideOne Dummy Records has had its share of amazingly talented artists, and we’ve had the pleasure of working with some of them here at HIP Video Promo. Back in 2009, we worked with SideOne for the very first time; that March, we promoted Flogging Molly’s video for “Float”, the title track off their fourth studio album. The video opens with a pile of broken plates and other broken objects. From that broken pile emerges a different kind of animated character: a stick figure made out of cotton swabs paired with a classy top hat and a beard. We follow him as he limps through the damp and dreary city streets. From there, we’re driving through the rolling fields of the countryside, where our character stops every now and then to pick up something he needs. This video will transport you right to the fields of Ireland and that classic Celtic punk sound.

We also got the chance to work with Flogging Molly’s Nathen Maxwell back in November 2009. Fans of the Irish punk group and even frontman Dave King knew how talented he was and encouraged him to release his own music. We promoted his video “Working For The Man”, the lead single off his White Rabbit album. The video starts with a close-up shot of someone playing the guitar and someone playing the drums. The rest of the video centers around Nathen and his dynamic drummer as they play for a sleepy, quiet town.

Another SideOne Dummy artist we had the pleasure of working with is Fake Problems. Also, in November 2009, HIP Video Promo promoted their video for “Diamond Rings” off of their It’s Great To Be Alive album. The video starts in an all-black room with a zoomed-in frame of someone playing the guitar. As the music kicks in, the lights go out, and all we can see is the fluorescent paint smeared across the frozen couple and the band. Throughout the video, Fake Problems put on an unforgettable performance in their glowing face paint. It’s a super cool video with just a little spookiness to it, and we’re obsessed. We also worked with Fake Problems in April of 2012 when we promoted their video for “Songs for Teenagers”. We go from a dark room to the sunny shores of the beach. The video starts with the guys on a boat as they zoom through the ocean. As they go further inland on the sandy shore, they start exploring the island. It’s a carefree video and the perfect video to kick off the summer with.

The next SideOne Dummy artist we’ve got to work with is The Gaslight Anthem. In August 2010, we promoted their video for “American Slang”, the title track of their 3rd studio album. This video takes place in the bustling and non-stop streets of Manhattan. The stark black and white footage gives the video that cool rockstar feel in the simplest of ways. We get glimpses of these NJ natives doing their thing and totally rocking the stage throughout the video. We also got to work with them in June 2011 when we promoted their video for “Bring It On”. In this video, we follow the life of a young American couple as their relationship becomes more and more estranged until there’s nothing left. As the hardships of young love break apart, The Gaslight Anthem performs in an abandoned factory. It’s the band at their best: they’re not scared to tug on your heartstrings.

We also got the chance to work with Title Fight in June of 2011 when we promoted their video for “27” from their album Shed album. The video starts with the camera approaching a red door on a typical suburban house. Once that door opens, it’s anything but ordinary. The guys of Title Fight have claimed every room in the house as their personal performance space. The living room acts as the main stage as the band performs their live performance. The distorted filter placed on the video gives it that grungy and punk feel of the ’90s. Every aspect of this video is badass. We also got to work with them the following year when we promoted their video for “Secret Society”. The distorted VHS tape feel carries on in this next video. The video starts with a young girl in her room, writing about her crush, but that’s as innocent as it gets. The video throws you into a world of destruction, chaos, and murder that seems to be embedded into this young girl’s life. It’s a video that demands attention from the audience and one you won’t be able to peel your eyes from.

Another SideOne Dummy artist we got to work with is Anti-Flag. Back in April 2012, we promoted their video for “This Is The New Sound” off their The General Strike album. This video starts off pretty calm. We see frontman Justin Sane as he has an easy morning, reading the paper and drinking coffee at a local café. But as soon as he steps out of the door, all hell breaks loose. Justin and the rest of the band are kidnapped and put into the back of a white van. When the black masks are finally pulled off, they realize their captor is some reject from the Muppets. They’re broken and beaten in this run-down prison with nowhere to run. The only way to see what happens next is to keep watching.

Next up on our list is PUP. Back in May 2014, we promoted their videos for “Lionheart” and “Reservoir” off of their self-titled album and the 2015 Warped Tour Compilation. The “Lionheart” video is a time-lapse documentary. The camera stays stationary throughout the video as more and more people start to pile into the basement. Before our very eyes, a full-on party is in full effect, with the sound of PUP as the ultimate party soundtrack. The video for “Reservoir” has a completely different feel to it, showing a chaotic and potentially dangerous concert from hell. The concert is a string of accidents one after another. Guitar pieces strike the lead singer, and the drumsticks burst into splinters. It’s a concert you’ll want to go to but will barely make it out of alive.

We also got to work with is AJJ in 2014. In May 2014, HIP Video Promo promoted their video for the killer punk track “Temple Grandin” off of their sixth LP Christmas Island. The music video is surprisingly simple but with that unique AJJ flare, showing the band on a sound stage performing in perfect formation while a wall of imagery changes behind them. It’s a kaleidoscope of color and insanity that you can’t help but get sucked into. We also got to work with AJJ in September 2016 for their video “Goodbye, Oh Goodbye”. This video was recorded in one take. It shows the foursome standing in a single line dressed in bright-colored shirts. For the number of shenanigans that happen in this video, it’s impressive that it was done with one shot. At the end of the video, a voice announces that the shot was over, and the band and the crew erupt in excitement.

Another SideOne Dummy artist we’ve had the chance to work with is Astronautalis. In March 2016, we promoted his video for “Running Away From God” off his Cut The Body Loose album. It’s an intense and fast clip that will leave viewers breathless, perfectly lining up with the storyline of the song. Throughout the video, we see Astronautalis as he sprints through the streets. As he runs, he shows no difficulty as he lays down his intense rapping. Eventually, he comes to a halt, and the only indication we get as to why are flashing blue and red lights.

We worked with Nahko for the first time back in April 2016, when we promoted Nahko and Medicine For The People’s video for “San Quentin” from their HOKA album. This song and video combined is one wild ride. The entire video takes place on a single soundstage with a white backdrop. While the band plays their hearts out, we watch a scene involving an older man in handcuffs unfold. Nahko then shows the man an old-fashioned key, the key to his freedom. It’s a song and video to promote forgiveness and show just how powerful music can be. The second video we promoted for Nahko came in October 2017 when we promoted his video for “Dragonfly” from his first solo album, My Name Is Bear. It features the beautiful model and the King of Pop’s daughter Paris Jackson. The freedom and carelessness felt throughout the song are translated seamlessly into Jackson as she wanders around mother nature. It’s a song and video that soothes the listener from the chaotic real world.

The last but certainly not least SideOne Dummy artist we’ve gotten to work with is Jeff Rosenstock. In January 2017, we promoted his video for “Pash Rash” off of his Worry album. This is a short and sweet video that certainly packs a punch. The video starts in a green room backstage with Jeff playing his guitar. Then, we’re teleported through the screens of a camera to a phone at a live performance. This video puts you in the front row of one of Jeff’s killer concerts. It’s the closest thing we’ve had to a concert all year, and it definitely doesn’t disappoint.

Since its founding in 1995, SideOne Dummy continues to go strong to this day with no indication of slowing down. For the past 12 years, we’ve had the honor of working with this badass record label and its incredible artists. We’re excited to see whatever they get up to next and are looking forward to the chance to work together again.