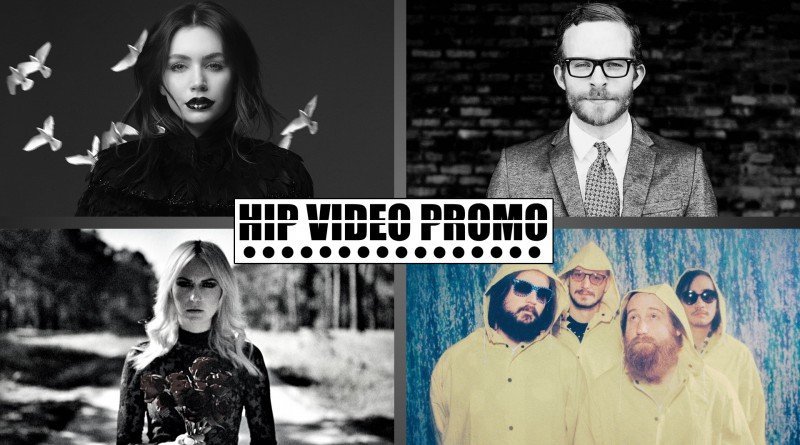 Maybe it’s because it’s a short month, or maybe it’s because we’ve had so much going on here at HIP HQ, but February has absolutely FLOWN by! The snow has melted and the temperatures seem to be rising, and boy, are we looking forward to spring. In the meantime, we have four brand new music videos to share with you this week. The newest HIP Picks – Weekly Client Roundup video gives you the low-down on some of our current projects, and we’ll tell you a little bit about each one below.

Do you recognize the name Sophie Simmons? You may not know this 25-year-old, but chances are you know her father: Gene Simmons of KISS. Sophie got her start in the spotlight at age 11 on the hit reality show Gene Simmons: Family Jewels, and has since advanced her career in acting while always making time to give back. Now it’s time for the next chapter: a singing career! “Black Mirror” is an alt-pop smash that she says is about “love, self-sabotage and our attachment to technology”, and inspired by the show of the same name. The video is shot like a 90s home video with Hollywood precision, with VHS-style grain implying nostalgia for lost love as Simmons sits alone on the floor, yearning to be taken back in time.

With his previous project, the two-piece pop group City Rain, Ben Runyan won mtvU’s Freshman contest for “The Optimist”, and saw the song featured on shows like Catfish as well as shows on Esquire TV, Showtime, and G4TV. On top of all that, it was nominated for ASCAP’s Sammy Cahn award for best lyrics and received a string of commercial and short film deals. But now, it’s time for a new venture: Runyan has created J U S T P R O C E S S, a solo project that’s slick, electronic pop. “I Already Know” features looming, sweet & sour vocals from Joannie Jimenez on top of an entrancing electronic symphony. Starring actress Jace Moody fighting her way through thoughts of her past love, the “I Already Know” video is a black and white visual masterpiece full of mind-bending imagery.

Coming to us all the way from Perth, Australia, Olive is a soulful songstress who is set to command undying attention with her new single “Senseless.” “Senseless” is a dagger that digs in to the heart, building just one layer at a time with Olive’s compelling and other-worldly vocals climbing the ladder of intensity atop. Directed and edited by Elaine Smith with videography by Zav Gordon, the “Senseless” video shows Olive ruminating through abandoned woods, dressed in funeral attire with her bare feet to the ground. It’s equal parts mournful and mysterious, and will have your eyes glued to the screen.

With dreamy synth-rock vibes and psychedelic aesthetics, Philadelphia indie-pop band The Soft Spots have created a sound that’s easy to lose yourself in, with plenty of new-wave and art rock elements. The group began in 2012 and has since released two EPs, Gently Down The Stream and Life Is But A Dream, back in 2015. Their debut full-length album Rainy Daze is set for a March 2018 release and they’ve now shared the brand new video for “Goodbye Again.” “Goodbye Again” showcase each member’s musical expertise, with a video that takes viewers on a nostalgic trip. Chaotic visuals, hazy double exposures, and rainbow distortion combine with lyrics about past love and shimmering guitars and shots of the band performing for this truly psychedelic clip.