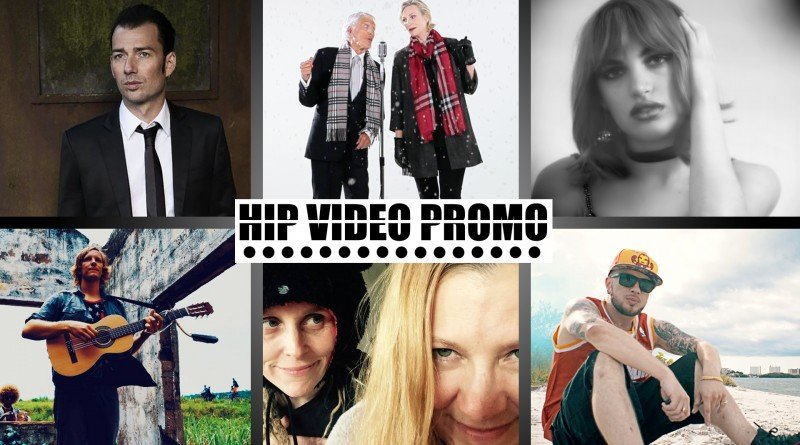 With Thanksgiving behind us, we’ve officially entered the holiday season! Our fridges are full of leftovers, our kitchens are busy with the makings of Christmas cookies, and are stereos are playing holiday music. After a short week last week, we’ve got eight new videos to share with you this week from six wonderfully talented artists. The newest HIP Picks – Weekly Client Roundup video gives you the low-down on some of our current projects, and we’ll tell you a little bit about each one below.

The Holiday Spirit means something different to everyone you ask, and it’s something that cannot simply be described with words. This year, two of the biggest names in entertainment, Dick Van Dyke and Jane Lynch have teamed up to remind the public of the joys of caroling with their video for “We’re Going Caroling.” Composed and arranged by Tony Guerrero, the song is a new spin on the old sounds and classic feelings of the holiday season. Directed by Guerrero, the “We’re Going Caroling” video shows Dick and Jane dancing and prancing around a microphone as snow falls around them. It’s the perfect clip to lead you in to the most wonderful time of the year.

We’ve had the pleasure of partnering with Copenhagen, Denmark’s own Laust Sonne to promote several music videos this year. His latest offering is “X-Mas Morning”, and it’s a seasonal take on his clip “Sunday Morning”. This time, Sonne’s acoustic guitar is accompanied by a remarkable string quartet, and the visual is matched with warmer tones but somber emotions, as the woman in the video does not show up at the end to ask for forgiveness.

Singer-songwriter NYA brought a reflective, wistful tone with “Let Go”, but with her latest effort “Mania” she brings heat, intensity, and danger. NYA’s songs feel inevitable and grounded in history, as she draws from classics like Sinatra and Ella Fitzgerald as well as blues, vintage rock and roll, hip-hop, R&B, soul, and electronic music. Directed by Andrew Morris, the “Mania” video shows her driven to the edge, smashing guitars to step free of her shackles.

Shane Palko has had a guitar in his hands since he was six years old, and this Chester County, Pennsylvania native has taken his music to Thailand, Singapore, Russia, China, and Vietnam. Touring the world while being a student is a balancing act, but Palko’s dedication has allowed him to prosper. His video for “Staring Out The Window” was born after a trip to Uganda, where he joined forces with a Ugandan born musician who currently resides in Denmark. Time traveling is more than a science fiction phenomenon to Palko, and “Don’t Fall In Love While Time Traveling” shows footage from a recent tour in Asia as well as digitzed film clips that his grandfather documented over fifty years ago.

Beaux Cheveux is comprised of two iconic rock and rollers- guitarist Adrian Conner plays Angus Young in the AC/DC tribute band Hell’s Belles, and drummer Clementine plays Bonzo in the Led Zeppelin band Zepparella- but the duo have created a sound that’s all their own. This fall we shared their video for “Deeper Feeling”, and now we’re pleased to say the band have returned with another clip, “Free Love.” With “Free Love”, Beaux Cheveux are seen embracing just that, and letting their free spirits shine.

Florida is known for its hip-hop scene, and Five Drexler is the latest rapper to come out of the sunshine state. After a tragic car accident where some of his closest friends lost their lives, he utilized his grief as fuel to continue creating music with the Treblemakers. Five Drexler calls “You Are Mine” a “twisted modern love story”, and with a video produced by David Rollins and Richard Usher from Treblemakers Studios, this release is a true show of the power of the Treblemakers team. In addition, he’s sharing a bonus video for “Smokers Section (Where It At)”, which shows him on a mystical journey to track down the always elusive Weed Fairy.