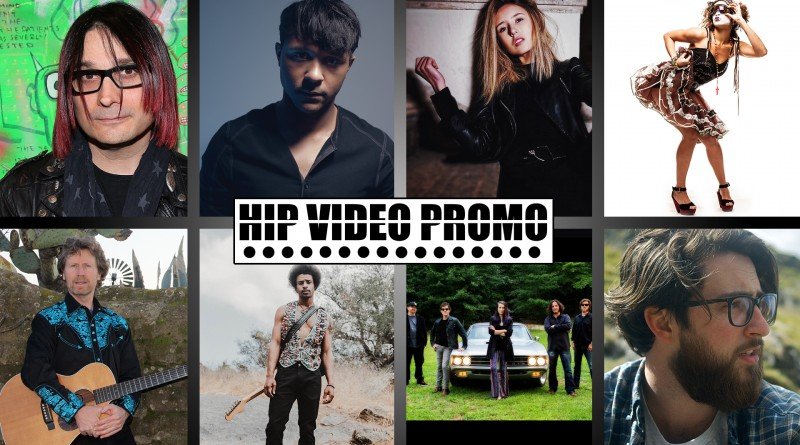 Temperatures are dropping, leaves are falling… it’s certainly autumn around here in central NJ at HIP HQ! The gears keep turning and business keeps going and would you believe we have another EIGHT videos to share with you? From punk rock to electro pop to rap and everything between, we’ve got an impressive variety to share in the latest HIP Picks – Weekly Client Roundup!

If punk is best understood as outsider music – rock made by non-conformists with attitude – then there’s always been something very punk rock about legendary DJ Dr. Demento. John Cafiero has been making music with his band Osaka Popstar for over a decade. Taking inspiration from the show, earlier this year he produced Dr. Demento Covered In Punk, a 64-track collection of Dr. Demento Favorites. Osaka Popstar chose to cover Barnes & Barnes’ surreal 1978 hit “Fish Heads.” Their take on the track is propulsive, celebratory, and near-anthemic, and is paired with an animated clip that show’s the song’s humor and the band’s punk-rock attitude.

Passion, grit, fire, personality: these qualities aren’t always associated with electronic pop and dance music, but Belle VEX isn’t an average artist. The prolific New England singer-songwriter and producer makes dance songs that speak to the heart, and his latest, “Something New”, speaks to the need to find something to re-energize yourself when at a turning point. For the video, Belle VEX teamed up with director Rob Fitzgerald to showcase a performance that’s brash and confident, as he chases after his goals – both in love and in art.

Where do you go when you need peace of mind? In his latest clip for “Hold You Back” London-based singer-songwriter Josh Collins was driven to escape the hustle and bustle of city life by heading to Lake District, a beautiful national park in northwest England. Josh discovered his talent in 2012 while experimenting with music at university, and recently released his debut EP, Porky Pies. “Hold You Back” shows him clearing his head in the great outdoors in an attempt to break free of obsessive thoughts about his journey.

In 2018, musicians have stormed the barricades, and among them is Nicolle Rochelle, who performs as Modern Geaisha. As a child actress, she appeared on the Cosby Show several times, and now she’s speaking out – forcefully – against Bill Cosby with her newest video, “Hey Hey Hey”. “Hey Hey Hey” is a ferocious rap song that gives voice to the outrage of Cosby’s victims – and to the thousands of women whose charges of assault against rich and powerful people go unheard. In the accompanying video, she addresses the camera with nerve, swagger, and (justified) anger.

Jonny Dee isn’t your typical rapper. Though his early releases were inspired by rap superstars like 50 Cent, for his latest album The Human Experience, this San Diego native has taken influence from artists like David Bowie, Jimi Hendrix, and Prince. “The Man Who Fell From The Sky” is an upbeat and funky track about waking up in a new world, and the excitement that’s found at exploring your new surroundings. In the video, Jonny wakes up in a bizarrely colored forest, and uses crystals to invoke change and inspire positivity around him as he moves through the world.

At fifteen years old, Kellie-Anne is already an accomplished artist, having been a candidate on The Voice Kids in Canada, performing at festivals in Dubai and the US as well as shows around NYC. She’s also built a strong following across social media and online. Her new video for “Unlived Dreams” is sure to connect with any listener who needs a push to take the steps to make their dreams a reality.

Coming from Southern California, Steven Graves blends folk-rock and country influence for a sound that’s introspective and personal yet communal. He’s a firm believe that “music has the power to transport us to another time and place”, and his latest video for “How Long” does just that. Scenes of friends and neighbors gathering in the community paint a nostalgic (it’s all shot in Super 8 film!) and hopeful picture, as words like “innocence” and “hope” flash across the screen.

If you enjoy timeless rock ‘n roll with explosive vocals, captivating melodies, and face-melting guitar leads, then look no further than Last Chance Riders. Their new video for “Downright Disgusted” (off their first studio record Jet Lag Super Drag) perfectly depicts someone who is fed up and ready for change. Our main character is haunted by his past demons as he runs from them in hopes of getting better; something that many viewers can, and will, relate to.