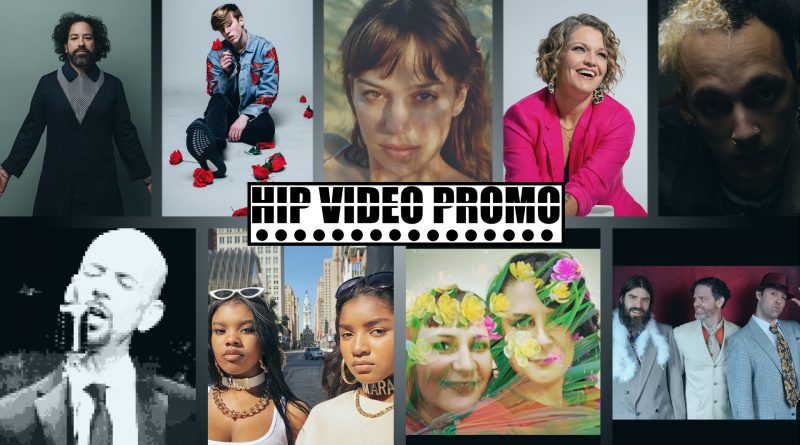 WordPress Image Carousel
With this cold winter weather we’ve been staying warm inside, and playing all of our newest videos on repeat! Our newest HIP Picks – Weekly Client Roundup is here- take a look at the videos above, and learn more about the clips by clicking on the links below.

Progressive rock is ready for a major comeback, and Hidden Beams’ principal songwriter Carols Argon is ready to be a part of that. “Animals” is his latest single, and Yoshi Sodeoka – who’s created videos and concert visuals for Tame Impala, Max Cooper, and more – made a music video that’s a hypnotic, artful, moving love story.

Kemme is a young singer-songwriter who’s never been interested in playing by anybody else’s rules. Her latest release “Cyclorama” – directed by Danica Kleinknecht – is three clips in one (“Poof”, “Too Deep”, and “Kiss The Girls”), with a continuous story that she composed herself.

Pennsylvania rapper and singer LBM has a rare sense of screen chemistry. In the video for “Bad Habits” (directed by Jordan Moran), his new single, he’s paired with a woman who is more than his match. Just like the song itself, the clip for “Bad Habits” is tacitly self-critical: we know exactly why LBM has fallen for his co-star, and we know just why he’s determined to ride the tiger.

More than just a musician, Tacoma, WA native Kayne Dynell began as a professional dancer (he started his own team, Varsity Crew, who backed up everyone from Bebe Rexha to Bhad Bhabie), and has also designed merchandise for his line Prize & Trophy. His musical accomplishments are also pretty damn impressive: he’s shared the stage with Shorline Mafia and Ohgeesy, performed at Alienstock in 2019, and is signed to (and part owner of) Made.Hype and N9NE. The “Shining” music video was shot at the Seattle Selfie Museum, a pop-up with many dreamscape rooms that fit the auras and energies expressed in the song.

Joyann Parker is a powerful blues musician and a revelation on the microphone. Her latest single “Carry On” is brilliantly sung and a showcase for her superb guitar playing as well. In the video for “Carry On” (directed by Anthony Sylvers), Parker and her band play the song in the middle of a gorgeous old barn – but there’s also a story playing out on screen, a tale of people who were with us once and are then, suddenly, gone.

Singer Bryan Lee and multi-instrumentalist Christopher Lee Simmonds of dark electronic pop group Snuttock know all about phantoms, digital and otherwise. The Robot Mix of “Stay” takes a thoroughly pleasant pop song and brings it into a strange and processed future. On screen in the “Stay (Robot Mix)” video (directed by Ernie Mosteller) is actress and model Alisa Baksheeva, and everything and everyone seems android-like, futuristic, and totally hallucinatory.

Philadelphia natives Mara and Mini are two high school teens who use their platform to question the norm and call for reform. “We Matter”, their first single, will be released on January 15 in honor of Dr. Martin Luther King Jr.’s birthday. “We Matter” sheds light on societal racism, the 13th amendment, and black on black crime, and in the video (which was directed by Goat Major), they speak loud and clear that exclusion and negativity needs to end

War Panties call themselves the best bar band in Louisville, KY, and they’ve got the goods to back it up. “Creaky Crooked Woman” is the latest single from the album In The Year of Zuul MMXX, and since live shows haven’t been a possibility lately, they’ve paired it with a video that brings the live energy to the screen. Angelo Jackson directed the clip, matching footage of the band in action with some suggestive footage of a woman up to no good.

For the better part of a decade, Kentucky has been the main beneficiary of War Panties’ formidable talents; Bardstown Road and Baxter Avenue in the Highlands neighborhood are two of America’s most undersung party streets and a genuine cultural ferment zone. “Delaware Cornfields” is a pure pastoral country singalong, and its music video (directed by Angelo Jackson) is an outdoor idyll, finding the band members on a country road, instruments in hand and singing to the sky.