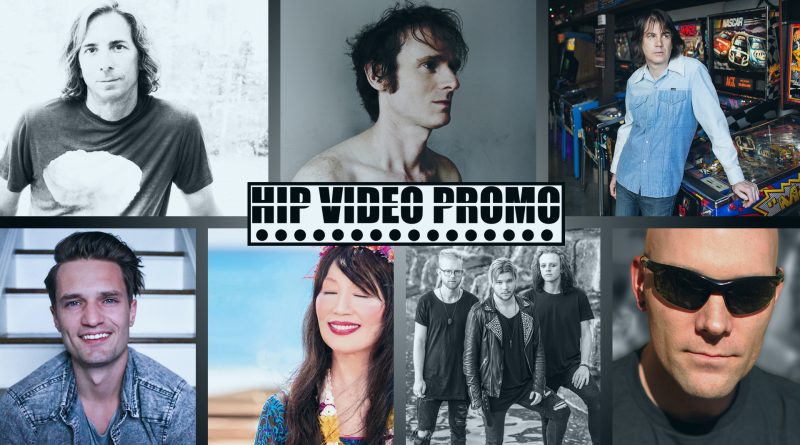 WordPress Image Carousel
Summer is for trips to the beach, ice cream, cookouts, and… loads of killer new music videos! Our newest HIP Picks – Weekly Client Roundup is here- take a look at the videos above, and learn more about the clips by clicking on the links below.

Following up “Strut-1980s”, Pennan Brae is back with the new video for “Pay Dirt.” This one was created by Rob Fitzgerald, and it celebrates a magical place and time: NYC in the 1970s and 80s.

Singer and songwriter Ethan Gold is preparing to release the double album Earth City, and “Our Love Is Beautiful” is his first offering. He brought together fans from around the globe to sing along with his words of healing and reconciliation one at a time, from their respective home countries.

AJ Smith isn’t trying to be Billy Joel, but his newest single – which comes as a dedication to his girlfriend, Brianna Abruzzo – is a tribute to Long Island’s greatest. “Billy Joel”, like his 2016 debut Brooklyn Nights, is unsparing in its honesty and commitment to self-examination. Abruzzo is also the cameraperson for the video, shooting Smith playing the piano from a variety of angles.

Austrian post-grunge rock band Psycho Village have been riding the wave for over a decade, and by 2019, they played over 150 shows internationally, signed to Pavement Entertainment (USA), Seven Us Media Group (Europe), and partnered with Sony for distribution. “Unstoppable” personifies their mindset and drive to always push forward, with its music video – directed by Daniel Kremsner – epitomizing their ability to gain strength from a source of negativity.

JHelix has remixed tracks by rap pioneers the Sugar Hill Gang and the Furious 5, set the dance floor on fire alongside Beatport favorite Lessnoise, and, in 2019, remixed a track by the heavenly-voiced Russian singer Vitas and Southern hip-hop true believers Nappy Roots.  He’s created plenty of bangers as a solo artist, too, and “Baby Yellow (In A Dream)” would fit in on an electronic playlist; it would have sounded just as good and appropriate coming from an old transistor radio in the mid-’80s. With the help of a green screen, the “Baby Yellow” video takes the viewer into a dreamscrape straight from JHelix’s imagination.

“Lay Me Down” is the latest offering from multi-talented phenomenon Wai Lana – a yoga, wellness, meditation, and healthy lifestyle role model who has inspired millions of people around the world – and per her tradition, it was released to coincide with International Yoga Day. The lyrics are based upon a familiar prayer from Psalm 4 of the Bible, a prayer that will touch people around the world regardless of their beliefs or upbringing. In the “Lay Me Down” clip, which was directed by Harsa Brennan, she uses CGI to transport the viewer alongside her escape.