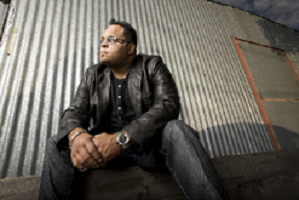 Before he became Dr. Octagon, Keith Matthew Thornton (aka Kool Keith) had been the lead voice in the Ultramagnetic MCs. Kool Keith, and his many alter egos, is an artist impossible to truly contextualize, and when he’s Dr. Octagon,he’s one of the most adventurous, bold, and crazy figures in hip-hop history. He made the Dr. Octagon debut in 1996 with the Dr. Octagonecologyst album, returning a decade later with The Return of Dr. Octagon in 2006.

Our first time working with Dr. Octagon was in June of 2006, when we shared his “Aliens” video with the world. Director Veith Michel has created a hallucinatory extraterrestrial invasion, with the rapper leaving messages on the screen. One of them says “You have been abducted”… but have the aliens taken us, or has Dr. Octagon just managed to warp our minds?

In December of that year, we worked with him again to promote the “Trees” music video. Both a PSA for environmental awareness (MTV chose “Trees” to accompany their on-air Break The Addiction campaign to raise consciousness of energy-saving methods and spread the word about the destructive effects of climate change) and a promotional spot for The Return Of Dr. Octagon, it’s both a wake-up call and lament for all the trees that are dying.

Dr. Octagon made a guest appearance on the Yeah Yeah Yeahs song “Buried Alive” in 2013, with the next Dr. Octagon album to come in 2018. Moosebumps: An Exploration Into Modern Day Horripilation saw Kool Keith reunite with Dan The Automator and DJ Obert. It was Keith’s fifteenth overall solo studio album; he’s since released four more solo albums (Controller of Trap [2018], Keith [2019], Computer Technology [2019], and Saks 5th Ave [2019]). What’s next for Kool Keith and Dr. Octagon? It remains to be seen, and we have a feeling it’ll be even crazier than anything he’s done before!