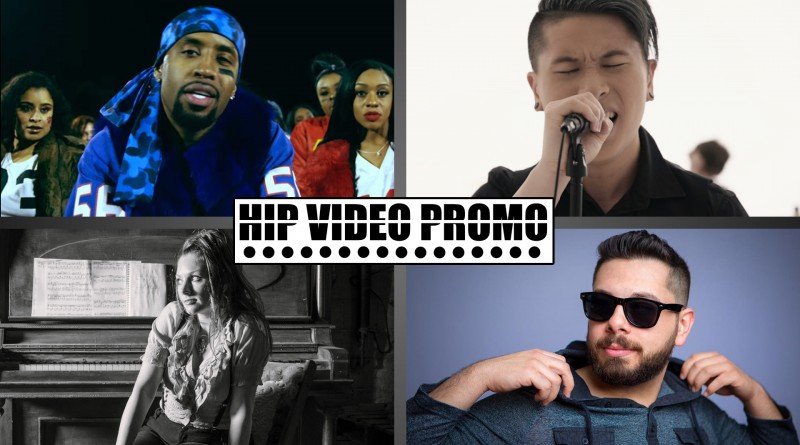 Valentines’ Day is coming right up and there’s nothing we love more than sharing new music videos with our beloved programmers so that they can put them in front of passionate viewers and excited fans. This week, we have four clips to share, including two from fellow Garden State residents and one coming to us all the way from Australia. The newest HIP Picks – Weekly Client Roundup video gives you the low-down on some of our current projects, and we’ll tell you a little bit about each one below.

Safaree‘s latest project Fur Coat, Vol. 1 is an independent release, but it’s taken off like a major-label album. “NFL” is four minutes of hard rhymes over an irresistible trap beat and shows the rapper at his most ferocious, making every second count. He’s got plenty of television experience (having appeared on the Hollywood and New York versions of Love And Hip Hop) and that on-screen confidence shows in the “NFL” video, as he remains personable while spitting fire. The focus is on Safaree but there’s plenty of beautiful women running wild on a football field and in the locker room, bringing the party wherever they go.

Sydney-based musician Kevin Tiah has covered all parts of the sonic spectrum with his past releases – from piano ballad (“Fight For You”) to pop-punk (“Bring Back 2005”) to post-hardcore / screamo (“Beneath The Sea”) – but with his newest single, “Who We Want To Be”, he’s back to his nu metal roots. It’s a tribute to Linkin Park, his favorite childhood band and the reason he first found a love for music. The “Who We Want To Be” video is a fitting visual accompaniment, as Kevin and his band mates furiously attack the song and engage the viewer. It’s a blistering clip and you’ll be hard-pressed to tear your eyes from the screen.

New Jersey’s “piano woman” Sarah Ragsdale has already shared three clips from her latest album Whimsical Romance– “This Kiss”, “Next Time”, and “Ferris Wheel” – and now she’s back stronger than ever with “Paranoia.” Showcasing her versatility and depth as an artist, “Paranoia” offers a more serious side to Sarah’s music as it’s set in a winter wonderland. But this snowy landscape isn’t so far away after all: it was shot in Brooklyn, New York, and shows her wandering through the snowy woods alone as she yearns for the past.

Break ups are hard, but getting over someone when we’re constantly reminded of the time we spent together is even harder. New Jersey native Deen Anthony knows this as well as anyone, and his clip for “Over You” ft. Dylan Russell tells a real-life story of his break-up with his ex-girlfriend. While Anthony does make an appearance in the video as a DJ at the club Mister East, it’s lead actor Nick Matarazzo that plays the starring role. Alternative, dance music, and hip-hop may seem like an unconventional blend but one listen to “Over You” and we promise you’ll be hooked on all things Deen Anthony!