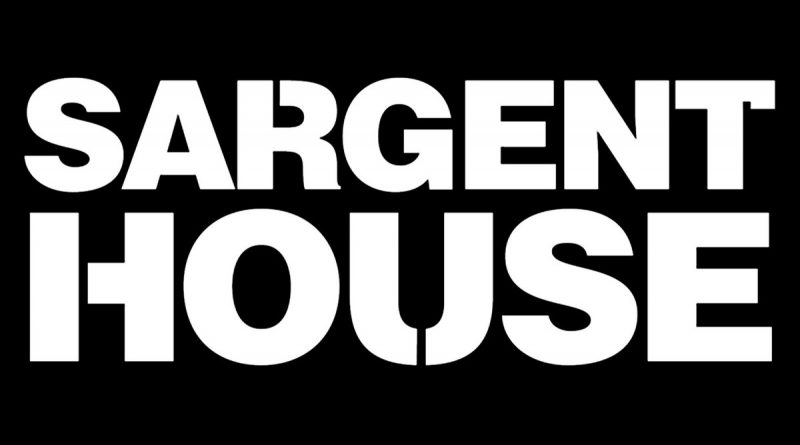 Over the last 20 years, HIP Video Promo has had the greatest pleasure of working with some of the most outstanding and iconic record companies within the music industry. Every Tuesday, we’ll go down memory lane and talk about some of our favorite record labels we’ve worked with in the past. On this Record Label Tuesday, we’re continuing with the fantastic Sargent House Records.

Sargent House Records is an American record label and management company founded by Cathy Pellow in 2006 in Los Angeles, California. Before starting Sargent, Pellow had her own music video production company and worked as a music video commissioner for Atlantic Records. In 2006 she began managing the rock band RX Bandits, and it was then she decided to launch her own label. Being in control gave her the freedom to run a label the way she wanted to and gave her the chance to do something different. Since then, Cathy Pellow has been managing an impressive roster, including Big Sir, Zach Hill, and an abundance of others.

Throughout the years, Sargent House Records has had its share of amazingly talented artists, and we’ve had the pleasure of being able to work with some of them here at HIP Video Promo.

Back in 2004, HIP Video Promo worked with Sargent House and Killradio for the first time. Killradio was a punk rock band that formed in 2001 in Los Angeles, California. Although they disbanded in 2009, the members remain active within the LA music scene. In September of 2004, HIP Video Promo promoted their video for “Do You Know (Knife In Your Back)” off of their Raised On Whipped Cream album. In this video, frontman Brandon Jordan plays a teacher in a 1950s-styled high school classroom. He shouts the lyrics to the song to his fellow students as they stare blankly at the chalkboard. Between the lessons of stabbing people in the back, we see the band as they perform a kickass performance in the school auditorium. It’s angsty and high energy and exactly what you expect from a punk video. We worked with Killradio again in 2005 when we promoted their video for “Where Go We”. In this video, we dive headfirst into the energetic and high-paced life of Killradio. We get clips of flashing lights from the city and the band on the stage. It’s Killradio in their natural element, and we’re obsessed with it.

Another Sargent House artist we had the pleasure of working with is Good Old War. Good Old War is an indie-folk band from Philadelphia, formed in 2008. That same year HIP Video Promo promoted their video for “Coney Island”, their very first single off their debut album Only Way To Be Alone. The moody tone of this video fits perfectly with the moody vibes of this song. The video starts with three old-fashioned television monitors being placed on top of a car. As the song starts, the band members appear on the TV screens, and the car starts to drive through the city. It’s a lonely drive through the city, but the music from Good Old War certainly helps. In 2012 we worked with them again when we promoted their video for “Amazing Eyes” off of their Come Back As Rain album. The video begins with the beautiful Peyton List at the wheel of an old car as the rain falls heavily down. The band morphs into the background as we follow Peyton through the ups and downs of romance and love. After the constant fighting and making up, the video comes to a halting stop.

We also worked with RX Bandits back in 2010 when we promoted their video for “Hope Is A Butterfly, No Net Its Captor”. This video is an action-packed, high-energy bank heist with an RX Bandits twist. The gang is all dressed in black suits with paper bags over their heads. Instead of money, though, this band of thieves is after multicolored blocks of all different shapes. The video comes to an end as the band walks through a dimly lit bar where they drink in celebration and admire their colorful prizes.

We also worked with RX Bandits back in 2010 when we promoted their video for “Hope Is A Butterfly, No Net Its Captor”. This video is an action-packed, high-energy bank heist with an RX Bandits twist. The gang is all dressed in black suits with paper bags over their heads. Instead of money, though, this band of thieves is after multicolored blocks of all different shapes. The video comes to an end as the band walks through a dimly lit bar where they drink in celebration and admire their colorful prizes.

The next Sargent House artist we had the pleasure of working with is Tera Melos. Tera Melos is a rock band from Sacramento, and they were formed in 2004. In 2013 HIP Video Promo promoted their video for “Bite” off their X’ed Out album. The video for this leading single is anything but ordinary. The video starts calmly, with the silhouettes of the band members and the frame in stark black and white. From then on, it’s a kaleidoscope of colors and animation. Unique characters from every imagination possibly make an appearance. The band themselves are decked out in colorful trash back outfits and have their make-up done in a way that’s both impressive and a little frightening. It’s a video unlike any other.

The last but certainly not least Sargent House artist we’ve gotten to work with is Emma Ruth Rundle. Before she was a rockin’ solo artist, Emma was a member of Red Sparowes and Marriages. In 2013 she fell into the loving hands of Sargent House after a difficult time in her life. For two months, she would sit and record her album Some Heavy Ocean. In 2014 HIP Video Promo promoted her video for “Arms I Know So Well”, the leading single off of that album. The video kicks off with an ominous start as Emma stands in a brightly lit forest as morphed voices sing around her. The footage becomes clearer as we see Emma sitting in a chair singing as the world around her shifts. We see her back in the woods, and the only company she has are cloned versions of herself and the trees around her. It’s a breathtaking yet chilling video that we can’t get enough of.

Over the last 15 years, Sargent House Records has been a mighty force within the music industry, and we’re so honored to have had the chance to work with them. All of their artists are unique in their own fabulous way. They’ve all pushed boundaries and are not afraid to be true to themselves. Sargent House is still going strong to this day, and it’s no wonder why they’re one of the most iconic labels in the music industry.