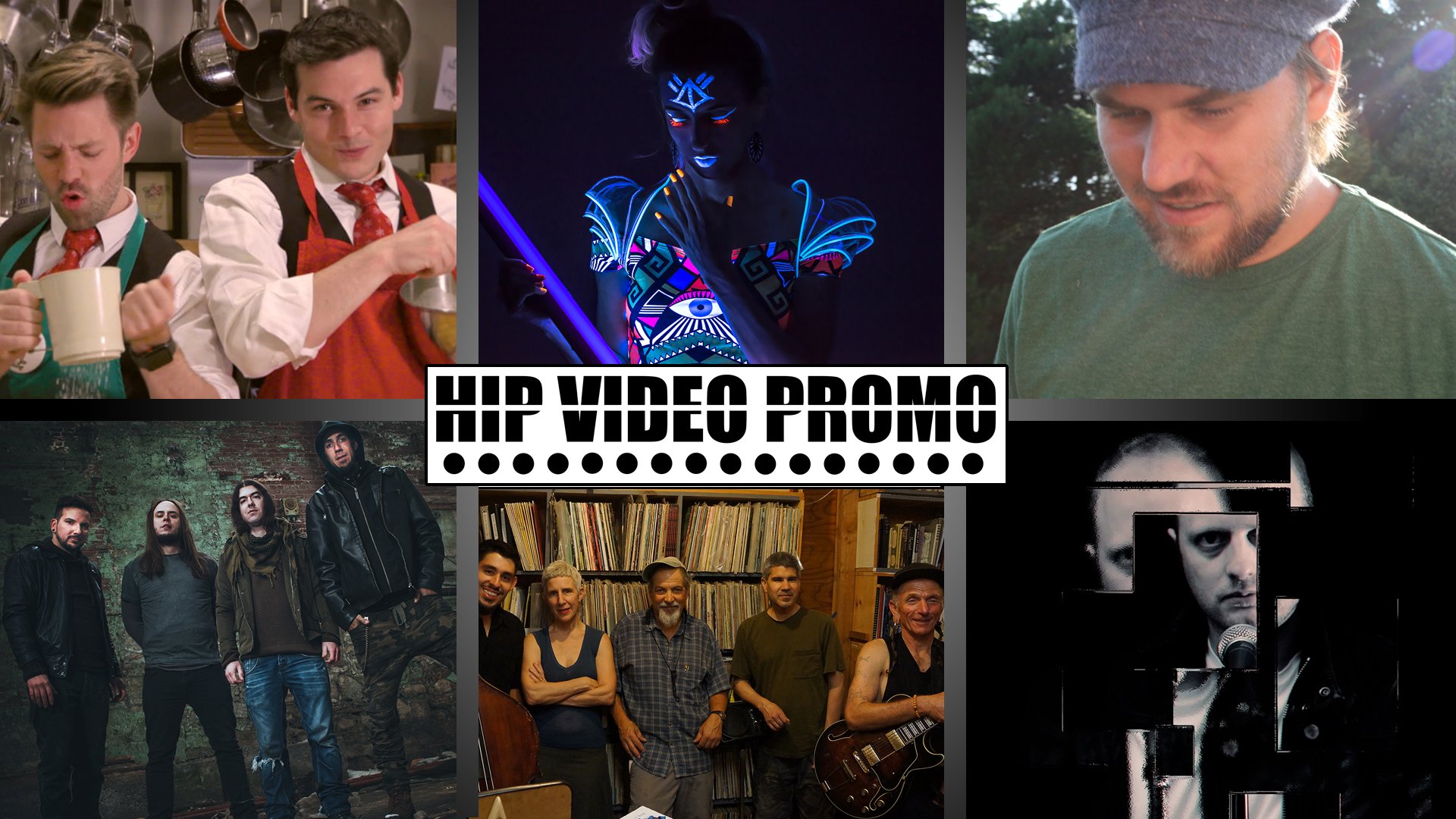 Thanksgiving is behind us, Hanukkah is coming up, and Christmas isn’t far away… the holiday season is busy but always exciting! This week, we’ve got clips spanning all genres and all corners of the globes, so we have a feeling there will be something right up your alley. Check out the latest HIP Clips – Weekly Recap below!

2018 is the year for Broke Royals and what better way to celebrate their accomplishments then going all out for the holidays? Philip Basnight and Colin Cross are bringing the soaring pop-rock songwriting to spread Christmas Cheer with “Christmas Cookie Blues”. Even though the season’s greetings aren’t so cheery, the video is cheeky and full of playful poses.

Raised in Australia and coming to fame in Switzerland, Jessiquoi would be the first to tell you that all music is world music. North American pop, East Asian folk, Teutonic electro, bhangra: it’s all there in her songs, and it all fits together seamlessly. Half-sung, half-rapped, “The Addict” is bound to be another hit. The video features her signature wooden wagon that contains her best electronic equipment and souvenirs from her trips to Asia, and it’s a dazzling, sci-fi trip.

With a modern metal influence and a mixture of clean vocals, when Gottweist get their hands on you, you better believe that it is over. Formed in the south shore of Montreal, these rockers have been making heavy metal jams inspired by Iron Maiden and Bullet For My Valentine since 2005. Taking place in an abandoned old factory, the music video for “Weight of the World” is certainly heavy, as the band members wander the cold surface of the world in the dead of winter.

Filmmakers have always been fascinated by the workings of memory, and one visual device that’s proven particularly effective is the selective coloring of particular objects in otherwise grayscale shots. “Remember To Forget”, the latest song by the thoughtful Austrian singer-songwriter Chris Beer, is all about recollection, and events that can’t be chased from his mind no matter how hard he tries to dispel them, and the video shows this metaphor in action, with vivid blues and yellows showing that certain haunting memories just won’t budge.

Weba Garretson, a veteran of Southern California theater and cabaret, and Ralph Gorodetsky, a well-respected bass-player and songwriter, come together as the fearless singing duo Garretson & Gorodetsky. Their latest track, “Insambia”, is a scalding piece of avant-garde pop that’s equally indebted to Latin music, jazz, and leftfield theater. In the accompanying clip, Garretson and Gorodetsky are a little too wired and a little too aware, yet entirely susceptible to the lure of the Insambia sleeping medication.

Hailing from Germany, semantic rock artist Thomas Passon breaks down language barriers, using stellar techno-style rhythms and crisp production to do the talking. He’s spent his entire life studying his craft, and previously played guitar for a band that toured around Turkey, South America, and France, but now, he’s ready to come into his own as a solo act. His debut single is “Los”, and with flashing lights to accompany the transition, it’ll charge you with energy and suck you right in.