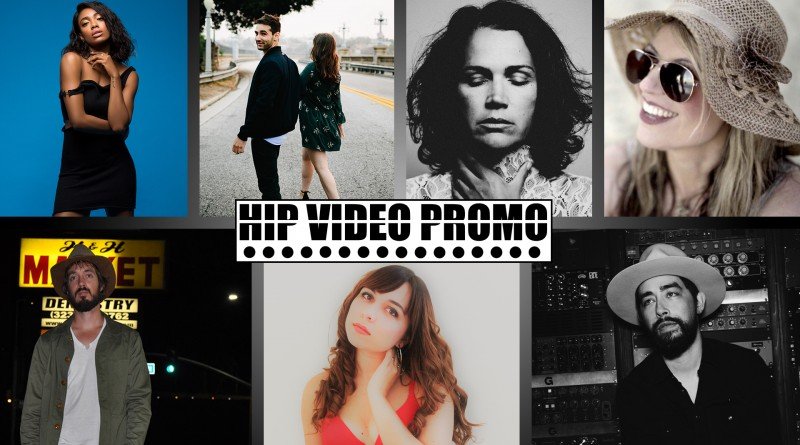 Tomorrow (June 21) is the first day of summer, which means that today (June 20) is the longest day of the year… wow! The first half of 2018 has sure flown by, with new challenges presented regularly and new opportunities ahead. The newest HIP Picks – Client Roundup video gives you the low-down on some of our current projects, and we’ll tell you a little bit about each one below.

We’ve worked with MAAD twice before, first for “Sweet & Low” and then to promote “Black Ice”. But it’s with her latest clip, for “New Religion”, that she’s truly blossomed. Directed by London-based filmmaker Paulo Berberan, sees MAAD and a handsome co-star stranded in the desert as the world appears to fall to pieces around them. It’s sensual, steamy, and sure to demand dedicated viewing.

You may not have heard the name Mikey Wax, but chances are you’ve heard his music: it’s been featured on shows like So You Think You Can Dance and Keeping Up With The Kardashians, in ad campaigns for Nike Swim, United Airlines, and Hollister clothing, and been played in promos for NBA and NCAA basketball games. He’s acquired hundreds of thousands of views on YouTube thanks to heartfelt lyrics met with sweet and crisp vocals, and “Big Little Life” might be his most endearing clip yet. The video begins with him alone in an empty house, but as he sings about wanting to build a home for his girl, the space fills with the things that make a house a home; eventually, he’s joined by his beloved.

Jackie Greene has played with Black Crowes and Gov’t Mule, toured nationally with the likes of BB King and Huey Lewis, appeared at festivals like Bonnaroo and Outside Lands, and is a favorite collaborator for Grateful Dead veterans Phil Lesh and Bob Weir. Over a two-decade career, Greene has released nine albums, crafting a sound that melds rock, blues, folk, country, and bits of pop. “Crazy Comes Easy” is quintessential Jackie Greene, and its accompanying video features a rock and roll grandmother who makes a dull, black and white world burst into glorious color.

Coming to us all the way from Amsterdam, VanWyck writes folk songs that carry a message with poise: sharing important statements, but they’re quietly persuasive. “Red River Girl” is the latest single, and it comes from her acclaimed recent LP An Average Woman. The “Red River Girl” clip was directed by Lithuanian artists Egle Pernare and Deimante Jasiulevicitue; it centers around a young woman, who – as the world around her changes and falls apart – is determined not to be silenced by the forces at play.

Kelly Padrick is another returning member of the HIP family: in 2012 we shared her clip for “Tangled Forest” and in 2015 we shared the “Radiance” video. Her past clips have shown her affinity for dark themes, but now this New York singer-songwriter is showing a brighter side of things with “Heavenly Ride.” Produced by the Canadian production company Flirt Films, “Heavenly Ride” highlights her best qualities, as Kelly and her boyfriend embark on a road trip together. It’s careless and sexy, as Kelly eventually laughs in the face of disaster mid-trip.

We’ve all had bad days where we just want to get up and leave, and Californian country rocker Ben Bostick has poured that ambivalence and frustration into his latest single called “No Show Blues”. The first off his forthcoming album Hellfire, “No Show Blues” shows Bostick take to the stage and then to the open road. He attempts to shoot an empty beer can, but can’t hit the target – is throwing his old life away really the best decision after all?

Melanie Heide – known to most as Azmeryth – makes delightful indie dream-pop songs with a clear vision constructed in illusion and fantasy. Originally from the small border town of Del Rio, Texas, Heide inherited her dad’s passion for music. While studying at the University of Texas at Austin, she joined her first rock band, but two years later broke out onto her own, creating the persona Azmeryth. Her latest, “Feel You” is a collaboration with NTRE (the stage name of Kurt LaVacque). The “Feel You” video shows the two painting pictures of how they feel; it isn’t a perfect picture, but it’s contrasted with a bit of humor in the twist ending.