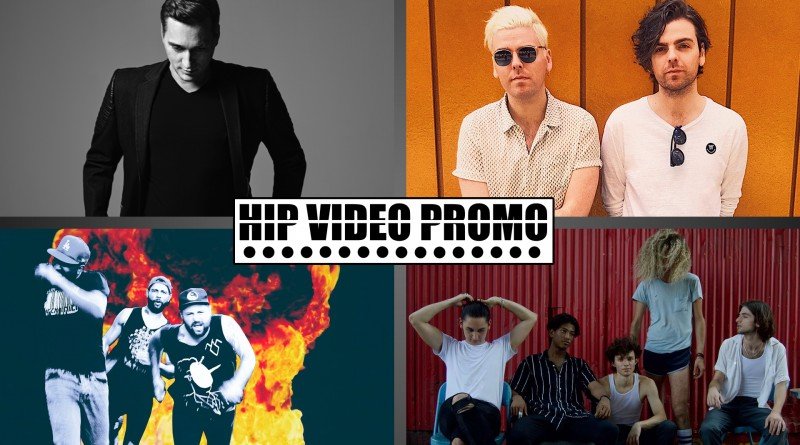 From EDM to indie rock, this week we’ve got videos spanning a wide array of genres. Life never slows down here at HIP HQ and if you take a look at this week’s HIP Picks – Weekly Client Roundup, you’ll see what’s kept us busy this week!

For his latest single and video “Music Rescues Me”, trance pioneer Paul van Dyk partnered with Snow Patrol member, long-time friend, and the lyricist behind “Home”, Johnny McDaid, for the lyrics, and long-time collaborator Plumb to provide the vocals. Set amidst epic, reverb-rich guitars strains and dynamic rhythms, “Music Rescues Me” is a track whose rapturously positive-thinking/feeling chorus is only equaled by its imaginatively stimulating verses, paired with a tranquil yet energetic video.

Calling back to the 90s, Liily’s sonic rush channels a raw passionate fire with a positive energy. From the edges of the Inland Empire, these five young men (their oldest member is only nineteen years old) have managed to create a sound that carries the integrity of art and creative expression. Their debut single “Toro” channels their pent-up energy into a sound that calls to mind early Foo Fighters and Rage Against the Machine. With intentionally blurry shots, fast-paced transitions, and contagious head banging, the “Toro” video shows their frustration shift to liberation, moving the listener to enter into their stratosphere.

Of all the punk rock bands who’ve turned their derision against the current authorities, none are more ferocious – or unsparing in their contempt – than BLXPLTN. This Austin three-piece is no stranger to music that calls out racism, gender issues, and other injustices, and their latest video for “No English” is no different. Here, frontman TaSzlin Muerte holds nothing back in his commentary on contemporary politicians, and a shirtless, tattooed man is shown, in pure terror, running from an armed agent of ICE. We know exactly who he is, and exactly why he’s so scared.

Even to those who know Tokyo well, Harajuku and Shibuya can still feel like a dream. Indie synth-pop duo Pop Noir shot their clip for “White Jazz” right in the middle of Shibuya, perfectly capturing the neighborhood’s hallucinatory nature and sheer explosive energy. Although they seem calm and at ease, the shots immerse the viewer into a world of crowded outdoor markets, Shinto temples, and giant life-sized dolls and dragon sculptures.