How Do You Have A Hit Song? Jim Peterik – HIP To The Scene EP. 8 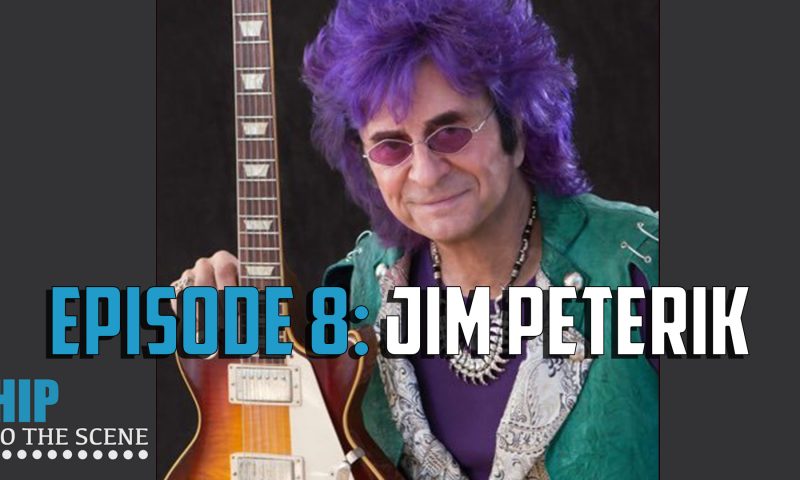 Jim Peterik is our guest today on HIP To The Scene to share his sage wisdom and vast knowledge, and to answer the question: “How do you have a hit song?”

Sure, there are plenty of hit songs in circulation right now. There always are. But how many of today’s hits will people still be singing in ten years? How about thirty years? Or dare I say – half a century from now? It takes an extraordinary musician to write songs that remain in the popular imagination for decades – songs that become part of our pop-cultural heritage. Jim Peterik is one of those rare songwriters, and even if you might not be familiar with the name, you certainly know the tunes. The music he’s composed is as alive to audiences as the songs in the current Top 40. Hits come and go, and even some Number One smashes are quickly forgotten, but “Vehicle,” “Eye Of The Tiger,” “Hang On Loosely” will surely outlive us all.

Along with his ability to pen a hit, Jim is a talented instrumentalist and a strong, soulful singer. He remains the frontman and the main creative force in The Ides Of March, an ambitious, horn-spiked rock band he co-founded in Chicago in the 1960s. That’s Peterik’s impassioned howl on the immortal “Vehicle,” the Ides Of March 1970 chart-topper that has been endlessly revived in films and commercials and remains a marching band standard. But it’s Peterik’s unerring ear for catchy pop-rock melody that has kept him in the music industry for more than half a century: over the years, he’s written for everybody from REO Speedwagon to Sammy Hagar. But he’ll always be best known for his work with two of the best-loved mainstream groups of the 1980s: the classic Southern rock band .38 Special, and the inspirational, universally loved Survivor. Peterik had a hand in the composition of nearly all of the hit songs recorded by both groups, including “Wild-Eyed Southern Boys,” “The Search Is Over,” “I Can’t Hold Back,” and many other enduring radio favorites. Jim and I have known each other for many years, and I’m thrilled to have him as our guest on HIP To The Scene!

If you enjoy this episode of HIP To The Scene, please subscribe to our channel to make sure you don’t miss any future episodes!