Maximo Park to release “Quicken the Heart” next month 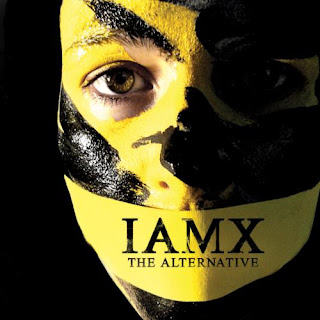 Of his new album, Kingdom of Welcome Addiction, set to be released in May, IAMX said it might be a bit “like Disney world but with lipstick, cynicism and wit.”

What his new album might have to do with Disney World we’re not sure–but you can preview the single and preorder the album through MySpace.

If you peel off the make up and paint, Chris Corner, IAMX’s alter ego, is revealed. He has repeatedly said that IAMX is not what is personality is like at all–it’s just him cultivating an intriguing stage presence. I think it’s a little like Dr. Jekyll and Mr. Hyde–imagine turning into another person for a few hours at a time. Crazy…