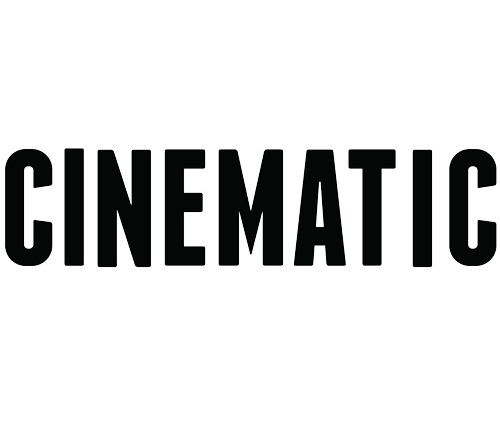 Over the last 20 years, HIP Video Promo has had the greatest pleasure of working with some of the most outstanding and iconic record companies within the music industry. Every Tuesday, we’ll go down memory lane and talking about some of our favorite record labels we’ve worked with in the past. This week, we’re continuing with Cinematic Music Group.

Cinematic Music Group is an American record label, management, publishing, and tour company founded in 2007 by Jonny Shipes and is under distribution by The Orchard. They might not have as long of a history as others, but don’t let that discourage you; as soon as Cinematic was founded, they got right to work. Their earliest signing was in 2007 with Harlem’s Smoke DZA. Shortly after that came the addition of Sean Kingston under their growing roster. In 2010, the roster grew even more with the addition of Big K.R.I.T, Vashtie Kola, and Joey Bada$$. In 2016 was T-Pain signed onto Cinematic Music Group, and the influence they had afterward completely changed.

It’s no question that Cinematic Music Group has had some fantastic and talented artists. Fortunately, HIP Video Promo has had the honor of being able to work with some of them. One of the artists we’ve got the pleasure of working with is the one and only T-Pain.

In January 2019, we had the honor of working with T-Pain for the very first time. Since his signing with Cinematic Music Group, he has been non-stop with his imaginative and creative spirit. He’s constantly on the move and experimenting with new sounds and new beats to keep music listeners begging for more. With eight platinum tracks, T-Pain is just getting started. The first video HIP Video Promo had the honor of promoting was the “Getcha Roll On” video featuring Tory Lanez. The video was made by none other than the man himself, Edgar Esteves. This video is a step inside the glamourous life of this rap god. With stunt cars, night clubs, and beautiful people, this is everyone’s night time fantasy. Up next, HIP promoted his video for “A Million Times” featuring O.T. Genasis. In this video, we dive into another dimension where we see T-Pain reign supreme as always.

Another Cinematic artist we’ve had the opportunity we’ve had the honor of working with is Cat Clyde. In February 2019, HIP teamed up with Cinematic for her video “All The Black”. This video takes place in a very mundane and dark apartment of dark purple and dark beige walls. The emotion is hard to find in this one, the faces are so bleak, and no feeling seems to affect them; from the silent and miserable marriage to the human tree with no emotion to a hazmat suit, to avoid the black. It’s eerie and chilling and will make the hair on the back of your neck stand up.

Up next is Luh Kel. His sound is a concoction of some of the music industry’s best producers. In April 2019, HIP got to work with Luh Kel for the first on the “Wrong” video. The very first single off his debut EP. In the video, we take a trip to New York City and are placed right in Central Park. Luh Kel goes down a reminiscent journey about lost love and plays a game of “what if”? It all comes to a halting stop when the past and present come face to face. It’s an epic love story and an epic video. The other video we got to work on was the “Cold Heart” video. This song picks up where “Wrong” left off. In the end, letting go of the past was the right thing to do, even when it still comes back knocking. The video shows Luh Kel watching the news and learning of his own fatal car accident. He himself is trapped in an empty, cold looking Victorian mansion. If you thought things were bad before, they sure are now.

Another Cinematic artist we’ve had the honor of working with is Swimming With Bears. The four-person band of Joe Perry, Alec Conte, Jonny Kerr, and Ryan Hannasch have entered a league all their own and have been a force to be reckoned with. From opening up for Panic! At the Disco to recording with Ryan Haddock, these guys are at the very top of their game. In September 2019, HIP Video Promo promoted their video for “Keep Smiling”. The outside world can be filled with negativity and just bad vibes. We see it at our jobs and with the people in the world who think they’re so much better than us. “Keep Smiling” perfectly captures that feeling with this video. A waitress is seen dancing and keeping a smile on her face while dealing with the rude customers. It’s fun and retro and reminds us all not to take life so seriously.

Later in September 2019, we worked with Bblasian. From Louisville, KY, this man is changing the way that rap is perceived in his hometown. Give him anything, and he can make a beat and hook out of it and do it well. We promoted his video for “Upper Hand”, which shows just an average day for the rapper and it has the sense of something big is about to happen. Bblasian walks down the street with an old school boombox in his arms. The color and energy following him wherever he goes. This song and this video are sure to put you in a good mood.

In December 2019, we worked with Eryn Martin. Eryn Martin is your perfect example of a triple threat. Not only does she sing her heart out, but she also writes and produces her own music. She even gained a spot on HotNewHipHop’s “New Artists You Should Hear” list. In 2019 HIP Video Promo helped with her video for “Ball”. The video starts with Eryn twirling an umbrella in her hands, and then it takes off as she starts running through the blurred and obscured streets of the city, leading to grey beaches and woods with red leaves. It’s a dark and windy adventure that’ll keep you on the edge of your seat.

Also in December 2019, we worked with Cam’ron. Now Cam’ron is a rare one because he has every star quality possible. He’s got the swag, the lyrics, the wit, and the good humor, and he’s doing it like no one else. We promoted his video for “Believe in Flee”. The video shows Cam’ron as he steadily makes his way towards the camera and the raging crowd without missing a beat. It’s a metaphor for his career, and the flashing hot pink turns the heat up to a whole new level.

It’s only been 13 years since Cinematic Music Group was founded, and the impact they’ve made in that time frame is almost unheard of. Within those years, they’ve worked with some of the biggest names in the game right now, T-Pain being a prime example. They have an impressive variety of artists and genres under their belt. It’s no wonder why they’re one of the best in the music industry. We’re honored to have worked with them in the past and hope to do it again.